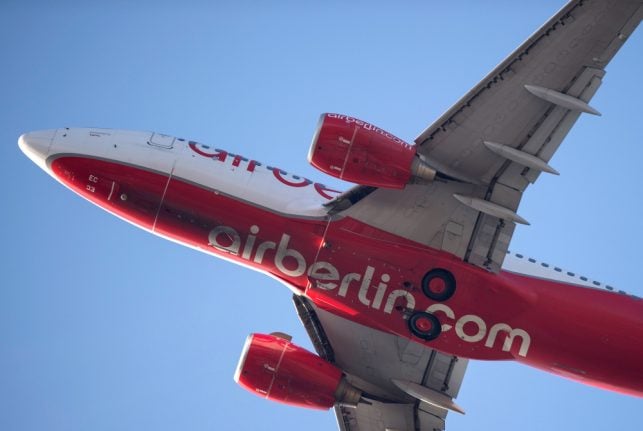 Air Berlin said flights would be delayed or cancelled due to the strike. Photo: DPA.

The strike, which the Verdi union referred to as a “warning”, is scheduled to last from 4pm to 10pm. “Travellers will have to expect long delays and possibly also flight cancellations,” it said.

Lufthansa, Germany's largest airline, warned passengers that up to 30 flights could be cancelled. Air Berlin, the second largest, said departures at Berlin-Tegel airport would be “delayed or cancelled due to the Verdi trade union strike”.

Verdi called the strike ahead of new pay talks on Friday. The union wants a salary increase of one euro per hour. Ground crew are currently paid €11 per hour.

A similar strike last Wednesday at the airports in Berlin and the one in Hamburg forced airlines to cancel up to 100 flights.