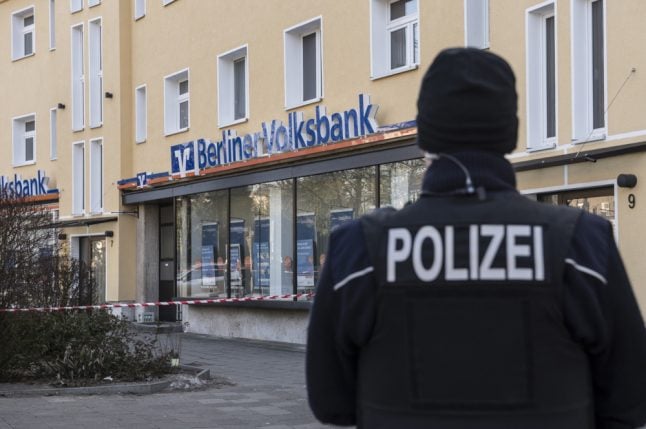 The men, who were heavily armed with sub-machine guns and tear gas, broke into a bank in Frohnau on the outskirts of Berlin before it opened at 10am and carried out a violent heist to steal from the bank's main vault, police report.

Media reports suggest there were between four and five robbers.

Bild is reporting that investigators say this was a million-euro job.

The men reportedly got into the bank by attacking a 42-year-old cleaner, whereupon they waited for the other employees to arrive for work.

The gang waited for the workers to arrive one-by-one, attacked them, and restrained them with cable-ties so that they couldn't sound the alarm, according to police.

Bild reports that the men threatened the bank clerks by pointing sub-machine guns at their heads as they were restrained.

When all of the employees had arrived for work, they were made to open the vault in the basement of the bank. There they opened 100 individual safes and stole the contents.

The cleaner was slightly hurt and taken to hospital for shock, while the other workers were left unharmed.

With their plunder, the culprits fled the scene. Police are unable to say where they fled to and are appealing for witnesses.

But Bild reported a potential lead as two burned cars were found in central Berlin late on Tuesday evening. Under an S-Bahn bridge in the Tiergarten district, police discovered a VW Golf and an Audi 80 that had been burned out. Bild claims to have information which indicates the cars belonged to the robbers.