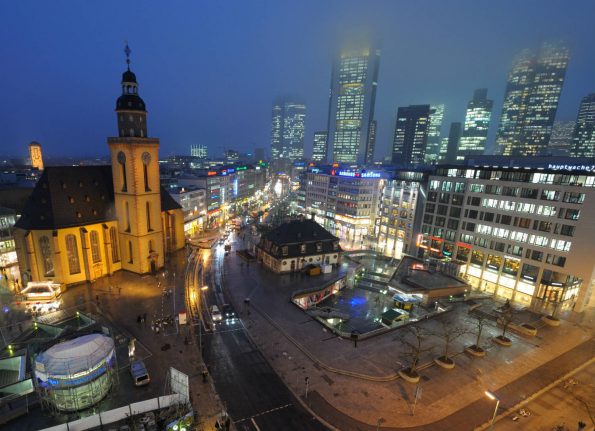 The claims first appeared in Bild newspaper on February 6th, which described the men as a “rioting sex mob,” speculating that they had come from a refugee home in central Hesse.

In an article since taken down from its website, the tabloid interviewed a well-known chef who runs a restaurant on Fressgass street, as well as a 27-year-old woman.

The chef, Jan Mai, claimed that 50 Arab men caused havoc in his restaurant as well as in others. He also claimed that they sexually assaulted women and stole jackets.

The woman told the newspaper that “they grabbed me under my skirt, between the legs and on my breast – everywhere.”

But police confirmed on Tuesday to the Frankfurter Rundschau that their investigation of the allegations had led them to believe that they were spurious.

“Interviews with alleged witnesses, guests and employees led to major doubts with the version of events that had been presented,” the police said.

“One of the alleged victims was not even in Frankfurt at the time the allegations are said to have taken place.”

The police were indeed unequivocal in how they understood the events to have unfolded.

“Masses of refugees were not responsible for any sexual assaults in the Fressgass over New Year. The accusations are completely baseless,” the police said.

Before the Bild report, no sexual assaults were reported to police from Fressgass over New Year.

Prosecutors are now looking into whether Mai and the 27-year-old woman made up the story.

Bild newspaper is bitterly resented by the German left, which accuses it of having stoked hatred against immigrants over decades.

On its website Bild published a statement on Tuesday, saying “Bild apologizes expressly for the untruthful article and the accusations made in it.

“This article in no way met the journalistic standards of Bild.”

“We apologize for our own work. I’ll shortly announce what Bild will do about it,” he tweeted.

But other social media users were not prepared to forgive the newspaper too easily.

“It’s too late. The damage has already been done,” one wrote.

“Ah, Bild is apologizing. You should do it more often given how many of your articles are fakes,” another wrote.