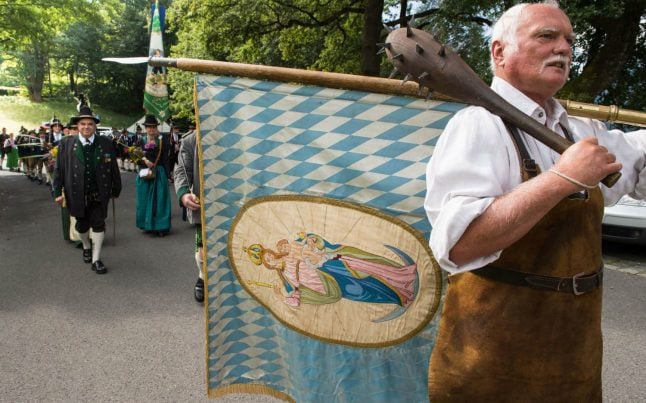 Bavaria being very Bavarian on the day of the Assumption of Mary. Photo: DPA

A video released by German comedian Jan Böhmermann earlier in February urged US President Donald Trump that, if America must come first, Germany should be second.

But the famously independent state of Bavaria has responded with its own video to Trump, telling him to forget about the rest of the country, insisting it is the place which resembles him most closely.

The narrator starts by addressing @realDonaldTrump – the US President's famous Twitter moniker, by saying “this is an introduction video to the real Germany, called Bavaria.”

It is not exactly original – dozens of countries across the world now have spoof introductory videos for the bombastic US leader – but the video by comedy show Quer gives a witty introduction to Bavarian attitudes to the rest of Germany, and vice verse.

The clip, published last Tuesday and since seen over 600,000 times, explains to the US President that “without Bavaria Germany is nothing, it’s true everyone knows it.”

The jokes are a reference to Bavaria’s peculiar role in German history. It was the last state to join the federation, only coming on board in the late 19th century when its last king, Ludwig II, had bankrupted the kingdom through excessive spending on castles such as the famous Neuschwanstein.

Up until then Bavaria had fought wars against the Prussians (known in Bavaria as Preissen) in alliance with Austria or even France, with whom they shared the Catholic faith.

Now though, Bavaria is the richest of Germany’s sixteen states. And due to a condition of the German federal system it has to give billions of euros every year to poorer states in the union, a form of welfare known as Länderfinanzausgleich (financial balance among states).

The state which receives the most money is the poor capital Berlin, also once the centre of the Prussian empire.

The old rivalry can still be felt in Bavaria today, where politicians and public alike complain about having to support the liberal and frivolous lifestyles of “Berlin artists.”

Or as the video puts it: “these guys think we are supposed to pay for them, solve all their problems – total losers.”

The video also names Ludwig II as being a leader in Trump's mould, with an addiction to building large, pointless monuments.

“Bavaria is for Germany what America is for the world – non-Bavarians always have a good laugh at our expense,” the video also points out.