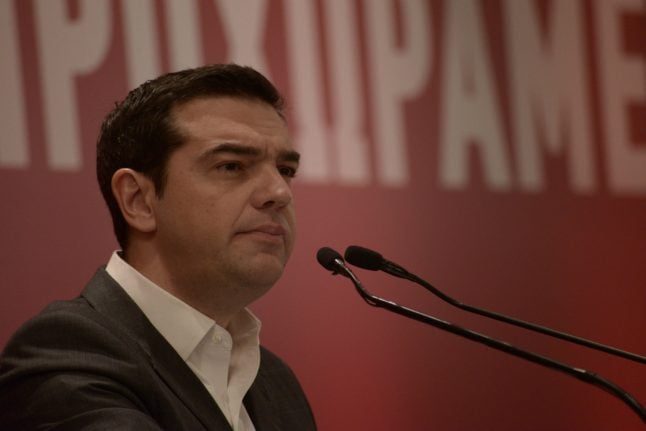 Greek PM Alexis Tsipras was speaking at a Syriza party conference in Athens. Photo: DPA
Opening a meeting of his far-left Syriza party, Tsipras said he was confident a solution over repayments would be found, despite talks between Greece and its creditors ending in Brussels with no breakthrough on Friday.
Months of feuding with the IMF has rattled markets and raised fears of a new debt crisis, with Athens resisting pressure to cut public services any more than has already been agreed with creditors.
The Greek premier urged a change of course from the IMF.
“We expect as soon as possible that the IMF revise its forecast.. so that discussions can continue at the technical level,” he said.
And referring to Germany's Wolfgang Schäuble, Tsipras called for Chancellor Angela Merkel to “encourage her finance minister to end his permanent aggressiveness” towards Greece and “stop playing with fire”.
“The IMF is playing a game of poker by dragging things aside because it does not want to blame the intransigence of the German minister,” Tsipras said, criticising the “new absurd demands” targeted at Greece.
The next meeting of eurozone ministers on 20th February is seen as an unofficial deadline ahead of important elections in Europe.
The row with its eurozone paymasters over debt relief and budget targets has also revived talk of Greece's place in the euro.
On Friday, Eurogroup chief Jeroen Dijsselbloem said progress had been made in the Brussels talks with Greek Finance Minister Euclid Tsakalotos and other EU and IMF officials. But he provided few details.
Athens faces debt repayments of 7.0 billion euros ($7.44 billion) this summer that it cannot afford without defusing the feud that is holding up new loans from Greece's 86 billion euro bailout.
An IMF report obtained by AFP on Monday said Greece's debt “is highly unsustainable” and “will become explosive in the long run.”
There has long been a split between the IMF and Europe over a demand by the eurozone that Greece deliver a primary balance, or budget surplus before debt repayments, of 3.5 percent of GDP.
The IMF has said only 1.5 percent is feasible.
The options Athens is said to be considering, including substantial debt relief or even a withdrawal from the bailout, have been ruled out by Schäuble in the run up to Germany's elections later this year.
And IMF proposals that Greece increase taxes and invoke pension cuts go against Tsipras's refusal to enact “one more euro” of savings.
Breaking the stalemate in the coming weeks is seen as paramount with elections in the Netherlands on March 15 and France in April through June threatening to make a resolution even more difficult.
But Dijsselbloem indicated Friday that the February 20 meeting would still be too early for a breakthrough.
“We will take stock of the further progress (during that meeting),” said Dijsselbloem, who is also the Dutch finance minister. 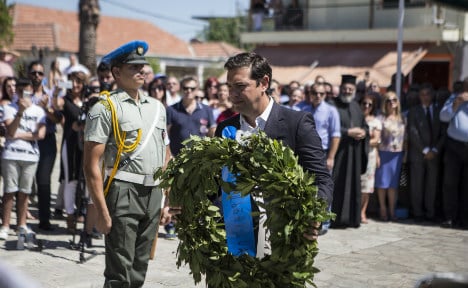 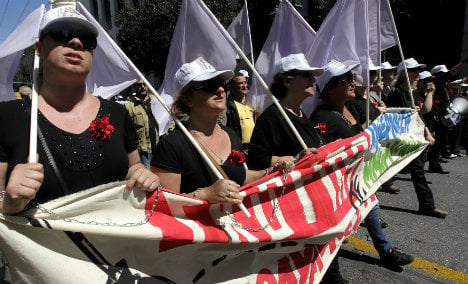