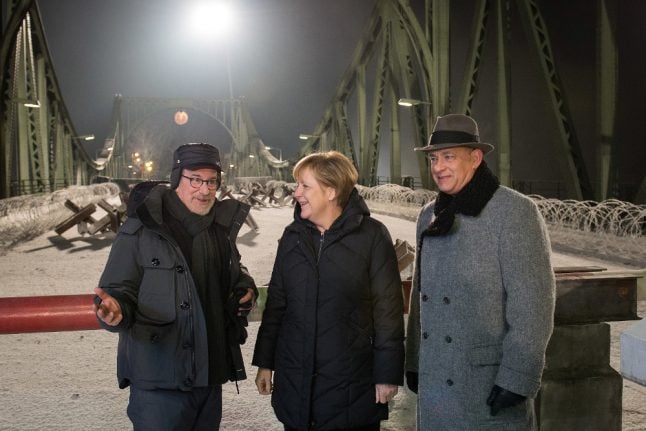 Merkel greeted Pretty Woman star Richard Gere on Thursday morning at the Chancellery to have a private meeting with the actor and activist about problems in Tibet.

Gere, who is co-founder of the group Tibet House, and chairman of the board of directors for the International Campaign for Tibet, wanted a meeting with the Chancellor to highlight human rights' abuses in the country, and to raise awareness for the region.

In town for the premiere of his new film “The Dinner” at the Berlinale film fest, he praised Germany’s courage and open response amid the refugee crisis.

“I come from a country that is very chaotic at the moment, and frankly we are looking to Germany to inspire us,” Gere said.

While Merkel might be looking to more worldwide stars to boost her appearance in the lead up to the elections, she is certainly no stranger to making celebrity friends.

George Clooney, like Gere, came to Berlinale in 2016 to publicize a new film, and similarly used the opportunity to meet with Merkel, joined by his wife and human rights lawyer, Amal Clooney.

“I absolutely agree with her,” Clooney told reporters at the time regarding Merkel's policy of taking in more refugees.

Merkel's list of Hollywood connections stretches much further. She took time out of her no doubt busy schedule to go to the set of the film “Bridge of Spies” after it started filming in Berlin in 2014.

She met with Academy Award-winning stars Tom Hanks and Steven Spielberg, took a tour of the set and told of how she found out about the fall of the Berlin Wall, saying that she had been in the sauna with friends and then left to find everyone celebrating, according to broadcaster N-tv.

Merkel has also met in the past with Austrian born Terminator Arnold Schwarzenegger. The two had breakfast together in 2010 while he was governor of California and discussed climate change. He reportedly praised her, saying “The way in which she does politics is a very, very good example of the way we can also do politics,” according to the Süddeutsche Zeitung.

“Mutti” can also add stars Seal and his former wife Heidi Klum to her long list of celebrity friends. Klum was very complimentary of Merkel when she visited them in Los Angeles, praising her continued achievements in the old-boys' club of politics.