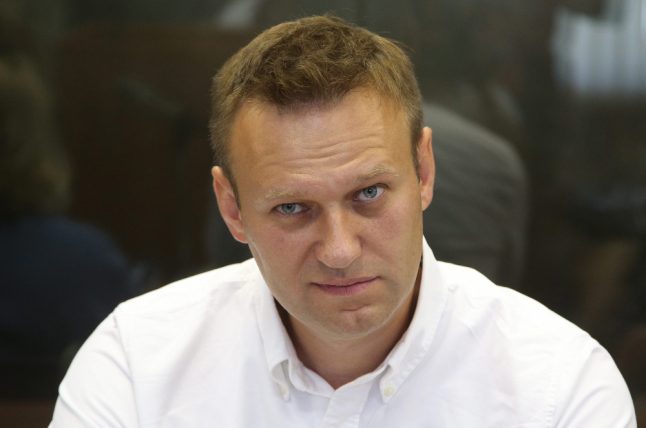 Top Russian opposition leader Alexei Navalny was found guilty on Wednesday of embezzlement and given a five-year suspended sentence that threatens to end his bid to challenge President Vladimir Putin
in a presidential poll next year.

A judge in the provincial city of Kirov found the Kremlin critic and anti-corruption campaigner guilty at a trial that he insists was aimed at knocking him out of the election expected in March 2018.

Navalny, 40, announced in December that he would run for president, with Putin widely expected to compete and win a fourth term despite not confirming his candidacy yet.

Russian law bans people serving such a sentence from standing for office but Navalny – who shot to prominence at the head of mass protests against Putin in 2011-2012 – pledged to appeal the verdict and insisted he would keep on campaigning.

“According to the constitution I have a full right to take part in the elections and I will do that,” Navalny said after the verdict.

“I will continue to represent the interests of people who want to see Russia a normal, honest and non-corrupt country.”

The Russian court held a retrial after the European Court of Human Rights last year quashed an original 2013 ruling against Navalny, saying he did not have a fair trial.

The German foreign ministry said the latest ruling was “noted with concern” and reminded Moscow of its obligations to respect human rights.

“The European Court of Human Rights had described the ruling of 2013 as politically motivated and criticized the arbitrary interpretation of the Russian penal code,” said a ministry spokesman.

“This trial too leaves doubts as to the right to a fair trial under the ECHR (European Convention on Human Rights).”

The spokesmen pointed to Russia's “obligation to comply” with the convention and stressed that Navalny “must continue to have the opportunity to participate in political life in Russia”.