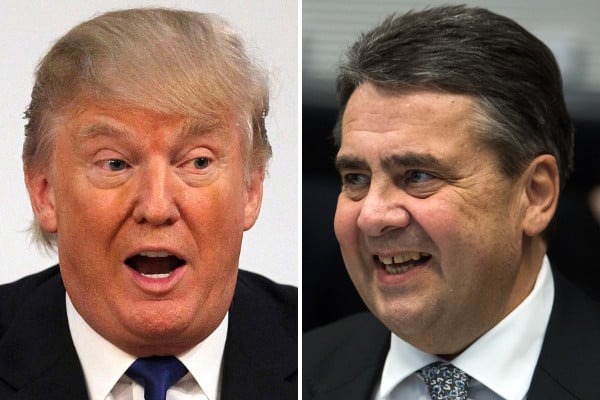 Gabriel is set to be the first German visitor to the Trump administration, as well as the first foreign guest for new US Secretary of State Rex Tillerson.

The Vice Chancellor arrives in Washington on Thursday to be greeted by Tillerson and Vice President Mike Pence. A meeting with Trump, however, has not been scheduled.

“I hope to have a direct and personal exchange, as well as to offer friendship and trust to Washington,” Gabriel said ahead of the meeting.

“We want to explain to our American partners our way of looking at things, our interests and values, as well as to find a good, open and friendly dialogue.”

But Gabriel has also been quite open about his thoughts on the new President. Here’s a look at what he has shared.

‘The US will have to build better cars’

In an interview with German and British media days before he took office, Trump complained that there were too many German cars on US streets, and not enough American cars on German streets.

To this, Gabriel had a very curt comeback.

“The US will have to build better cars” if they want to change that, he said at the time.

“It doesn't help to make others weaker, you don't yourself get stronger by doing that,” he added.

‘Here in Europe, it is not our policy to stigmatize people’

In a joint statement with his Dutch counterpart Bert Koenders, Gabriel drew a sharp contrast between Europe and the US in criticizing Trump’s recently imposed travel bans.

“Here in Europe, it is not our policy to stigmatise people because of their origins or their religion,” the two foreign ministers stated, reminding the US about the Geneva Convention relating to protecting refugees.

“We certainly do not believe that banning millions of people from entering a country because of their nationality, origins and religion can be the right approach in the fight against terrorism.”

Trump’s travel ban initially raised alarm in Germany where more than 130,000 people hold dual citizenship with one of the Muslim-majority countries listed in the travel bans. Trump’s administration has since clarified that dual citizens would be judged on the passport they present upon entry.

‘We must be prepared’

After listening to Trump’s inauguration speech emphasizing “America first”, Gabriel said the Republican’s rhetoric reminded him of undemocratic “reactionaries” of the 1920s.

“That had a highly nationalistic tone,” Gabriel said at the time.

“He actually means it and I think we must dress warmly,” he added, meaning “be prepared”.

‘Dear USA, stay the land of the free and the home of the brave’

Citing the American national anthem, Gabriel posted a plea on Twitter on Trump’s inauguration day for the country to “stay the land of the free and the home of the brave”.

Liebe USA, stay the land of the free and the home of the brave. #Inauguration #Trump

His concern then about the new presidency was clear.

‘Like speculators who ride the wave of rage, without care for the consequences’

Days before Trump took office, Gabriel warned against populism in the US, as well as policies of isolationism in world trade and building walls.

He said that populists against free trade are like “speculators who ride the next wave of rage, without caring about the consequences.” 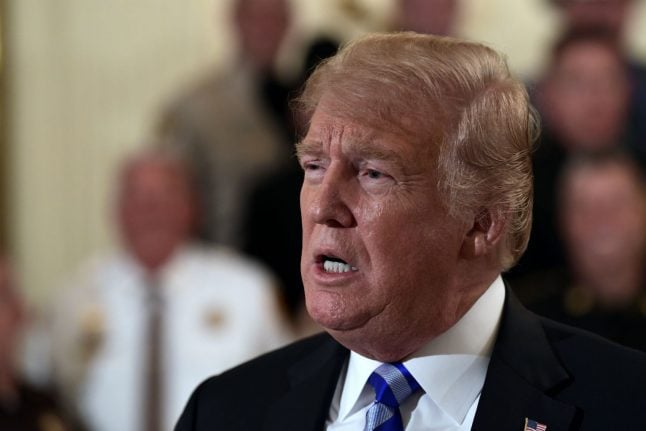