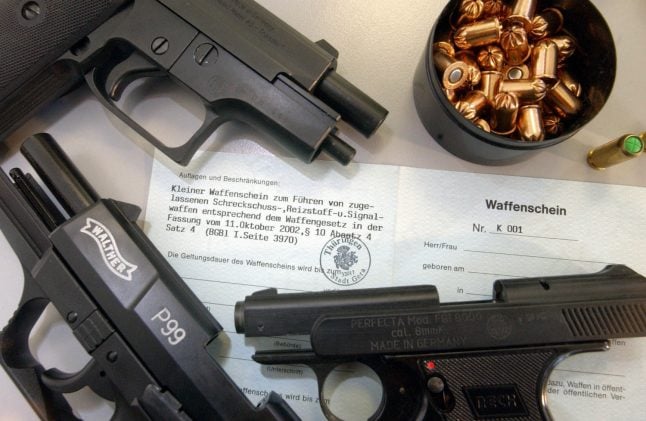 It is unclear who is responsible for removing the “Migrantenschreck” website, but it is likely that its owner, Mario Rönsch, took it down himself, the Hamburg news site reported on Thursday.

The website once sold pistols, shotguns and semi-automatic weapons, which were delivered from Hungary to Germany.

One of the guns on offer was called “Migrant deterrent DP120 Bautzen” another “Antifa deterrent” – a reference to the left-wing Antifa movement.

The guns shoot rubber bullets capable of seriously injuring or even fatally wounding someone.

Die Zeit speculates that Rönsch became afraid after customs officials searched the premises of 29 of his customers a week ago.

In the raids, the customs officers found 42 illegal weapons. In total the website has sold 300 such weapons, according to data seen by the news site.

In December prosecutors in Berlin announced that they were investigating a 33-year-old man from Thuringia for running the website.

Before the site was taken down, it contained stories of crimes allegedly committed by migrants. In a video posted on the website, a man could also be seen firing bullets at posters of German President Joachim Gauck and Justice Minister Heiko Maas.

The website was based on a Russian server, making it more difficult for German authorities to take consequences against its owner.