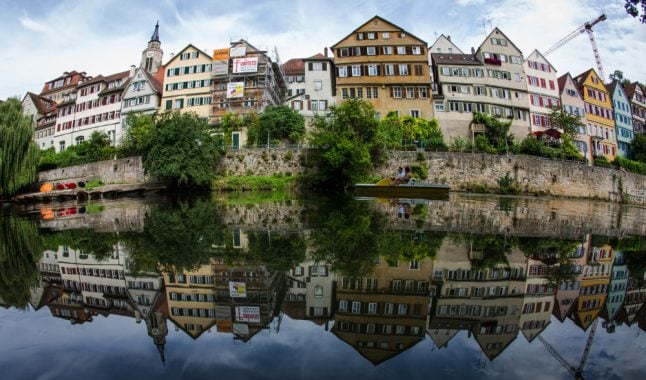 A 20-year-old student was found dead on Saturday morning after a party at the clubhouse of a well-known drinking fraternity in Tübingen.

According to a police report, the man was found in just a shirt and trousers under a balcony of the fraternity building by a passerby, who immediately alerted the authorities.

When the paramedics arrived, he was pronounced dead on the scene.

The student was last seen alive in the early hours of Saturday morning at the party. Police say that they have found no wounds on his body which would indicate that he died as a result of violence.

Authorities hope that an autopsy conducted on Monday afternoon will provide clues about the cause of the young man's death.

Details of the identity of the man are as of yet unclear, however a report in Bild identifies him as Lukas B., a student at the historic University of Tübingen who originally came from Munich.

According to Bild, the party was held at the club house of the “Turnerschaft Hohenstaufia” fraternity. The group's website describes a process of becoming a member which emphasizes intellectual betterment as well as a grounding in “student traditions.”

The University of Tübingen, in the southern state of Baden-Württemberg, is one of Germany's oldest universities, having been founded by Count Eberhard V in 1477.

In a study published by US News & World Report in October 2016, the university was ranked tenth among German higher education institutions.