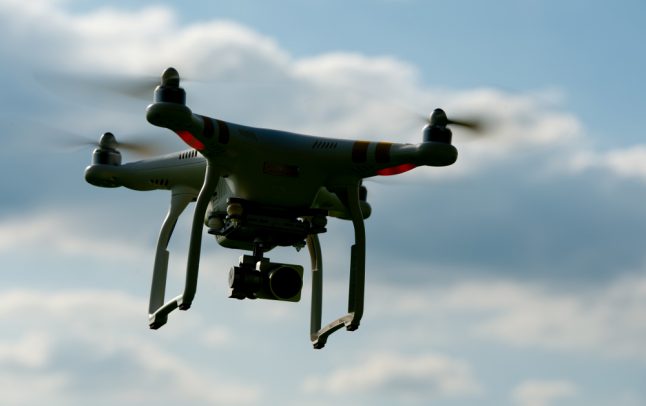 A drone collided with a car on the A99 motorway near Germering, Bavaria, on Saturday.

Neither the driver nor her passenger were injured, however the accident did cause damage to the front of the vehicle.

The drone pilot has turned himself in to the police, following a press appeal, however insists that a technical problem with the drone was to blame for the collision.

The man, a 51-year-old from Munich, told police that the drone flew away by mistake due to either a technical defect, or a transmission error.

The 1.2kg machine, which was launched a few kilometers away in the Munich district of Neuaubing, landed on the motorway, leading the car to drive straight into it.

The man is now being investigated by police for dangerous interference with road traffic.

This isn't the first time that drones have caused accidents on motorways in Germany, with stories coming to light about drones hitting windscreens of oncoming cars. As some reports now say that there are 400,000 drones flying across German skies, it seems like this trend is only likely to continue.

Police in Lower Saxony said last year that they were going to crack down on drone offences, after various reports of drones flying very close to oncoming airliners came to light.

The law however already states that it is illegal to fly a drone over a motorway or in the vicinity of runways.

The continued violations of these laws show that the main problem is the lack of knowledge of these laws by drone owners, traffic authorities have previously stated.