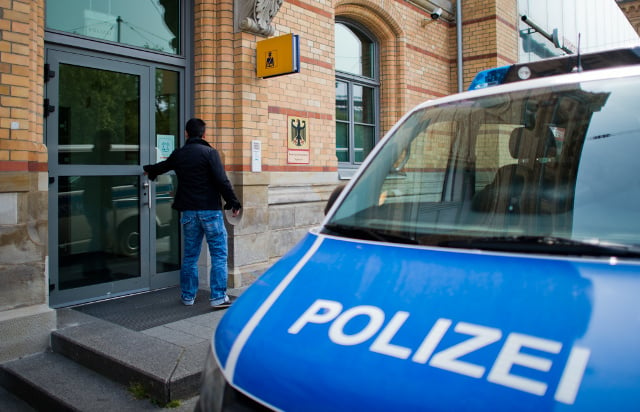 But when Berlin police officers spotted the message, they weren't worried – partly because they knew they had a good reason for the misdemeanor, but mainly because of the way the note ended.

She had even added a picture of a smiling animal to show that there were no hard feelings.

Police responded to the note on their social media pages on Tuesday, posting a message to Meggie.

“Dear Meggie, don't be angry with us. At that moment, it was important for us to help quickly,” they explained. They added that patrol officers had been dealing with an “intense fight” between two people in the Charlottenburg district.

They also had a plea for the conscientious nine-year-old. “Could you perhaps turn a blind eye?”

The officers called Meggie's warning “the sweetest parking ticket in the world”, and it has been 'liked' over 3,000 times on Facebook.

They also shared Meggie's response: “You're forgiven. Once won't do any harm”.