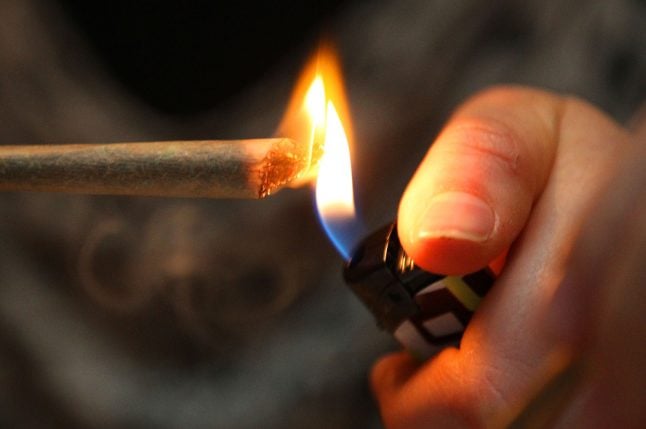 Rolling joints in the school bathroom, pills tossed aside in courtyards: Figures released by state authorities and the federal Interior Ministry show that ever more students are committing drug-related crimes at their own schools.

In the southwest state of Baden-Württemberg for example, the number of drug-related crimes in schools roughly tripled between 2011 and 2015, leaping from 348 incidents to 939 – despite a comprehensive addiction prevention programme.

In Germany’s most populous state, North Rhine-Westphalia, the number of school drug crimes more than doubled from 443 cases to 897. And Saxony in the east saw a doubling of such cases from 69 to 128 incidents.

Rhineland-Palatinate, Lower Saxony and Hesse also saw increases, though not as drastic.

Most cases involved the possession or purchasing of drugs, usually cannabis, and most of the students involved were older than 14.

Federal Drug Commissioner Marlene Mortler said a significant reason for the increase in these crimes was the “societal downplaying of cannabis”.

“The illegal offerings are aimed at internet-oriented youths by presenting the products as harmless, fun, lifestyle products,” the Bavarian interior ministry notes.

And the ease at which drugs can be bought by savvy teens on the darknet – an anonymous network with restricted access – also contributes to the issue.

“In particular for young people, prevention and clarification are a priority,” said Mortler.

Many states have implemented prevention programmes, often with creative names. There’s FreD in Rhineland-Palatinate, which stands for Early intervention at first noticeable drug consumption, or “Quit the Shit” at the Federal Centre for Health Education.

“Many things have been done for prevention,” explained Eva Hoch from the Ludwig Maximilian University of Munich.

“But there is a big question mark as to whether it is all sustainable and effective.”

Hoch is currently working on a research project looking at measures to prevent cannabis use in Germany.

“We do not know, for example, if the willingness to take risks increases after discussion in school.”

The chair of the Association for Education and Upbringing (VBE), Udo Beckmann, suggested that schools alone should not be responsible for prevention, and parents should be involved.

“Other circumstances are also decisive, such as discussion in the parental home, and the example that parents set,” Beckmann said.

Proponents of legalizing marijuana for recreational use argue that banning cannabis has not had a positive impact on usage, and is instead an unnecessary burden on police. The German parliament just last week legalized medical cannabis use for seriously ill patients.

But Mortler opposes such arguments by legalization fans.

“I reject the approval of recreational consumption,” she said, arguing that legalization would be seen as “state clearance” for teenagers.

“It must be communicated to young people that the consumption of cannabis is not harmless and that consuming it at a particularly sensitive life stage harms your brain.”