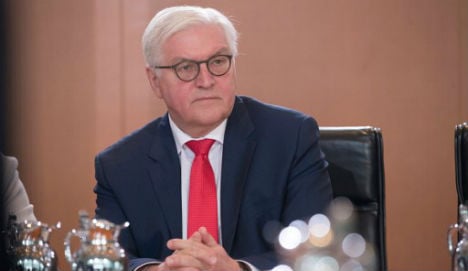 Germany's foreign minister Frank-Walter Steinmeier has been one of Donald Trump's fiercest international critics.
“With the election of Donald Trump, the world of the 20th century has definitely been overtaken,” Frank-Walter Steinmeier wrote in a commentary published in the Bild am Sonntag newspaper.
Steinmeier, 60, has emerged in recent months as the German government's most strident detractor of Trump.
He had warned a day after Trump's shock election in November that relations would become “more difficult”.
In his article on Sunday, Steinmeier warned that the world was headed “for turbulent times.”
“In these times of fresh global disorder this will go further…there is a lot at stake.”
But Steinmeier said he would seek dialogue with the Trump administration and outline “our position, our values and our interests.”
He said he was “certain to find interlocutors in Washington who know that big countries also needs partners.”