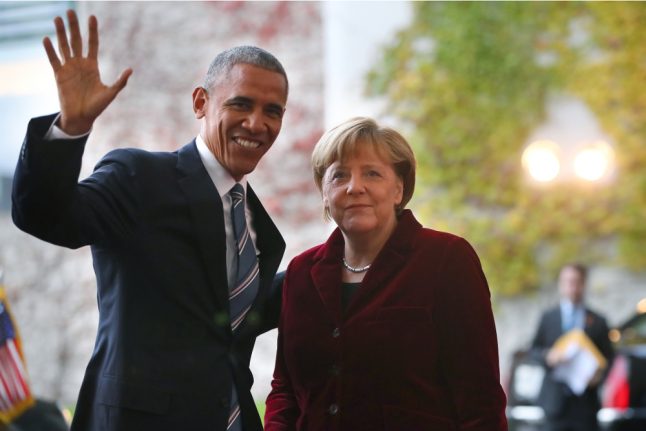 Obama and First Lady Michelle Obama spoke with Merkel and her husband, Professor Dr. Joachim Sauer, expressing “appreciation for their personal friendship and efforts to forge deeper partnership between Germany and the United States over the last eight years,” the White House said.

The White House added that the US leader and Merkel agreed that cooperation is “essential to ensuring a sturdy trans-Atlantic bond, a rules-based international order, and the defense of values that have done so much to advance human progress in our countries and around the world.”

The outgoing President also thanked Merkel for her “strong, courageous, and steady leadership”.

“Given their eight years of friendship and partnership, the President noted that it was fitting that his final call with a foreign leader was with Chancellor Merkel, and he wished her the very best going forward,” the White House said.

This came after Trump unleashed a volley of attacks on Europe and Merkel in a hard-hitting interview with two European newspapers on Sunday.

The Republican, who takes office on Friday, criticized Merkel's “catastrophic” decision to open Germany's borders to hundreds of thousands of refugees and migrants.

He branded NATO “obsolete” and said more countries would leave the European Union after Britain.

The comments were widely condemned on both sides of the Atlantic.

Trump aides have since tried to walk his comments back, insisting he wants a “great relationship” with the German leader.