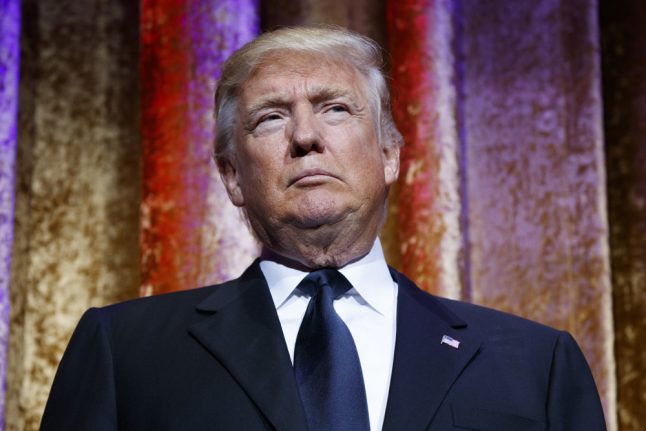 According to the poll released on Friday by opinion research group Civey, very few Germans have anything positive to say about Trump.

Just 5.2 percent of those surveyed called him “refreshing” while another 11 percent said he was “straightforward”.

But the rest of the more than 3,000 participants had quite negative descriptions of the American leader. Nearly one third (32 percent) said he was “unpredictable” while more than 27 percent said he was “dangerous”.

About one in five called him “irresponsible”.

These more often negative opinions were generally shared across party lines. Supporters of the centre-left Social Democrats and the Green party were more likely to call him “dangerous,” at around 40 percent of these respondents.

And supporters of Chancellor Angela Merkel’s conservative Union parties (CDU and CSU) were more likely to call him “unpredictable,” at 42 percent.

The more optimistic respondents were supporters of the far-right Alternative for Germany party (AfD). About one in four of these participants called him “refreshing” while nearly 46 percent called him “straightforward”. Just 2.4 percent of potential AfD voters considered him dangerous and 5.3 percent called him irresponsible.

The poll also noted that the younger the respondents, the more likely they were to call Trump “irresponsible”. About 30 percent of both 18- to 29-year-olds and of 30- to 39-year-olds chose this attribute to describe him.

Just 20 percent of people over 50 did the same.