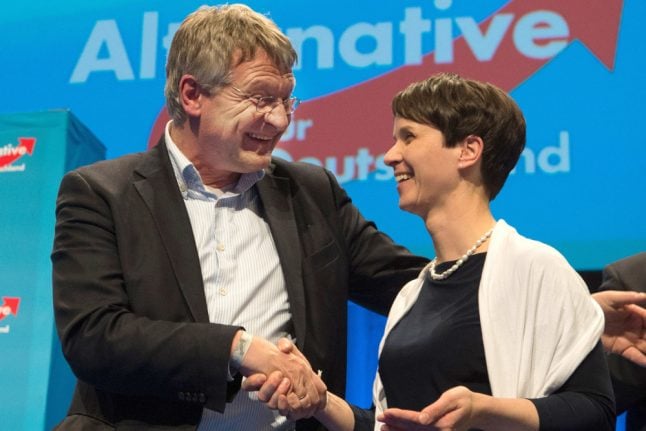 French presidential hopeful Marine Le Pen will lead a European gathering of right-wing populist parties in Germany on Saturday in a show of strength ahead of crucial elections across the region this year.

The congress in the western city of Koblenz will also feature Geert Wilders of the Dutch far-right Freedom Party, Frauke Petry of the anti-immigrant Alternative for Germany (AfD) and Matteo Salvini of Italy's xenophobic Northern League.

Billed as a “European counter-summit”, the event is being held just a day after the inauguration of Trump, who himself rode to power on a wave of discontent with the status quo.

“The aim is to talk about freedom for Europe and for Europeans. Let us break free from the EU's straitjacket and from globalization,” Ludovic de Danne, an advisor to Le Pen, told AFP.

The congress is being organised by the European Parliament's Europe of Nations and Freedom (ENF) grouping, which was set up by Le Pen in 2015 and is now home to eurosceptic and far-right MEPs from nine member states.

Hundreds of demonstrators from left-wing groups, mainstream political parties and unions are expected to turn out to protest against the gathering, which will bring together some of Europe's most divisive politicians.

Police in the Rhine river city said they would be deploying 1,000 officers to keep the demos peaceful.

De Danne said France's far-right National Front (FN) leader would use her speech Saturday to slam the “incredible folly” of Chancellor Angela Merkel's liberal refugee policy, which has seen over a million asylum seekers arrive in Germany since 2015.

The meeting would also be a chance for Le Pen and Petry, the two leading ladies of Europe's right-wing scene, to forge a closer alliance and present a new vision of the Franco-German tandem, he added.

But political analyst Timo Lochocki of the German Marshall Fund said the conference was first and foremost aimed at garnering media attention, as those participating had little to gain from bolstering ties.

“Content-wise these parties having nothing important to debate about, for the mere fact that cooperation across borders runs counter to their very programmes,” he told AFP.

“Why people vote or do not vote for a far-right party depends almost entirely on the national context,” he said, describing the congress as “just good PR”.

The event has already attracted controversy.

AfD MEP Marcus Pretzell, who is married to Petry, sparked outrage when he announced that a number of German media outlets and reporters would be banned from attending because of their perceived bias.

“Freedom of the press also means the freedom not to cater to fake news,” he tweeted in response to criticism of stifling media freedom, adding that those barred “can watch the livestream”.

Petry herself has come under fire for taking part in the meeting at all, with some prominent AfD'ers wondering aloud whether the party should be cosying up to Le Pen, and in doing so, lurch further to the right.

AfD co-leader Jörg Meuthen, who advocates a more moderate stance, distanced himself from the congress by saying it was “purely an ENF event, the AfD has nothing to do with it”.

The gathering comes ahead of closely-watched votes in key eurozone countries in coming months.

In the Netherlands, the charismatic Wilders of the anti-Islam Freedom Party is hoping to trigger the first political earthquake of the year as he tops the polls ahead of parliamentary elections in March.

But he is likely to struggle to find the coalition partners needed to govern, observers say.

Next up is Le Pen, who is widely tipped to make it into the run-off round of the presidential vote in May, running on a French-first, anti-immigration platform.

In Germany, the upstart AfD started out as an anti-euro party before seizing on public anger over Merkel's decision to open the country's doors to a record number of immigrants and refugees.

It is polling at around 12 to 15 percent ahead of general elections in September, boosting its hopes of becoming the first hard right-wing party to enter Germany's parliament since 1945.