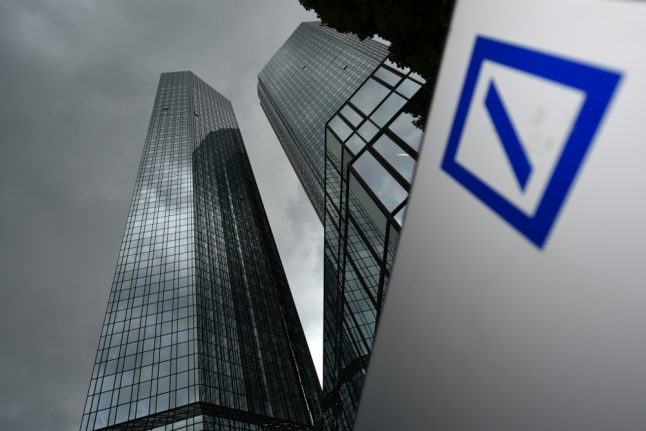 The announcement by the US Department of Justice came almost a month after the terms of the settlement had been unveiled by the bank itself. In a statement, the department said the resolution was the largest settlement so far over the conduct of any single entity contributing to the 2008 financial meltdown.

“Deutsche Bank did not merely mislead investors: It contributed directly to an international financial crisis,” US Attorney General Loretta Lynch said in a statement.

The widespread failure of complex securities that re-bundled poor quality mortgages caused successive crises and bankruptcies in the financial sector in 2008, leading to the Great Recession.

In a civil case, US prosecutors said the bank had contributed to the 2008 financial meltdown by misleading investors as it repackaged and sold residential mortgage-backed securities between 2006 and 2007.

The bank will pay a $3.1 billion civil penalty and contribute $4.1 billion to support relief for borrowers and homeowners. The bank admits to deceiving investors about the loans underlying the securities it sold, including by falsely claiming that the loans had been reviewed.

Bank employees accepted blocked out pay stubs which concealed borrower incomes and thus hid their true ability to pay; failed to inform investors that a significant share of borrowers had liens on the properties; and cleared loans that the bank's diligence team had attempted to block or that were based on fraudulent property appraisals.

“Deutsche Bank enriched itself by paying reduced prices for risky loans while representing to investors valuation metrics based on appraisals the bank knew to be inflated,” the Justice Department statement said.

Other enforcement actions against major companies announced since December 23rd, include a $5.3 billion settlement with Credit Suisse and an $864 million settlement with the ratings agency Moody's, both over the mortgage crisis, as well as a $1 billion action against the Japanese maker of defective airbags Takata.

The Justice department this month also announced a $4.3 billion settlement over Volkswagen's emissions cheating scandal and $170 million settlement with the British aerospace and power systems contractor Rolls Royce, part of an $800 global settlement with British, US and Brazilian authorities over allegations of corruption in at least six countries around the world.