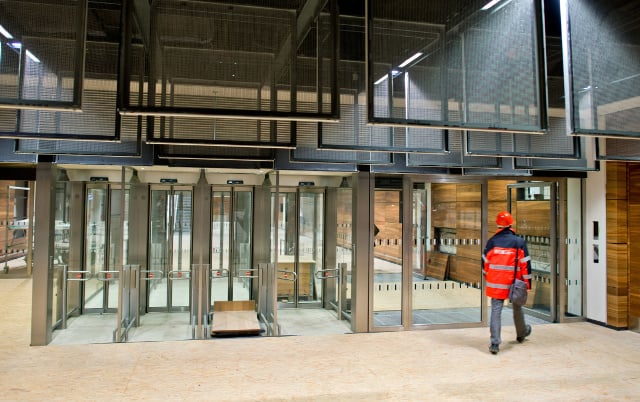 Inside the terminal of the new airport. Photo: DPA

It's another nail in the coffin of the seemingly doomed project, originally scheduled to welcome passengers in 2011 and which has already had its opening postponed four times.

This time, the problem is the electronic doors and the sprinkler system, neither of which are working properly – meaning that the building is not safe in case of fire.

The latest problems arose over Christmas and have made it impossible to finish construction work in January as planned, according to DPA information. Completed construction in January was a prerequisite for the airport to open this year.

It is now just “20 percent ready” – a long way off the target of 80 percent completion which had been the goal for the end of last year, according to B.Z.

Doubts as to whether the latest deadline would be met had been growing, but authorities had clung onto the hope.

In December, authorities had admitted that a 2017 opening was very unlikely, though speaking to press in the first week of January, city mayor Michael Müller had said he was still hoping for the project to be completed this year.

Karsten Mühlenfeld, the man responsible for the airport project, has previously said that if the 2017 deadline is not met, it will not open before spring next year.

“If the airport doesn't open in October or November then at the earliest it'll be when the flight timetables change at the end of March (2018),” he said.

Mühlenfeld explained that switching flights from Tegel airport in the north of the city to Berlin-Brandenburg Airport (BER)in the south during the winter would be too dangerous.

BER airport was intended to provide the German capital with a modern transport hub to replace the smaller airports at Schönefeld and Tegel, but has been hit by a series of planning failures.

In April last year, the airport sacked its former PR chief for being slightly too honest about failures in the project.

Daniel Abbou described previous management as a “shit show”, saying that “up until now official statements always said that the project was going well. That's bullshit.”

Due to the chronic delays, the state governments of Berlin and Brandenburg are also likely to have to pay out millions in compensation to airlines which planned their businesses around a 2011 opening.