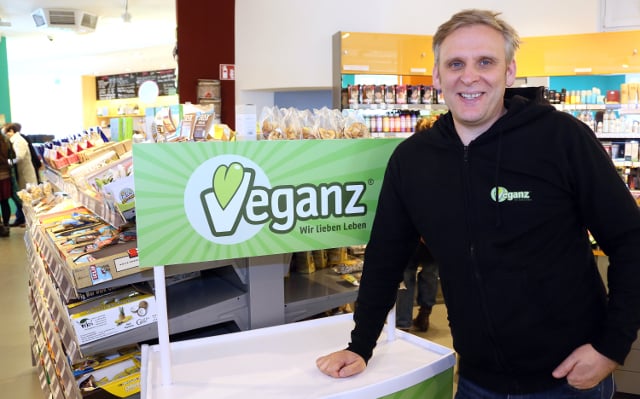 The chain Veganz, which shuns animal products, will close at least four of its nine of its branches after announcing it was filing for bankruptcy procedures in December, Lebensmittelzeitung reported.

Jan Bredack, the founder of the chain, told the paper: “The model of the vegan supermarket outstripped itself, because of the growing supply of vegan produce.”

Speaking to The Local in 2014, Bredack said he was inspired to start up Veganz when he travelled to Scandinavia, the US and Russia and realized how much easier it was to find vegan products.

At the time, the supermarket was on the verge of opening its third Berlin branch, two more in Germany and another in Vienna, with plans to take the chain further afield in the future.

A former meat-eater, he pointed out that Veganz is not aiming to turn the world vegan, but just to make a vegan lifestyle possible for everyone without great effort. In fact, 80 percent of his customers were neither vegan nor vegetarian.

“It should be really simple,” he said at the time. “People shouldn't have to cut out anything.”

“I do it because it comes from the heart. Money is not the motivation, but the chance to do something good in life,” he added.

While the supermarket chain files for bankruptcy procedures, the parent company Veganz GmbH will not be affected.

Instead, Bredack plans to focus his efforts on wholesale and catering – the company supplies major chains including Metro and Famila with its products.

Note: This story has been updated for clarity to make clear that while bankruptcy procedures have been filed, the company is not insolvent.