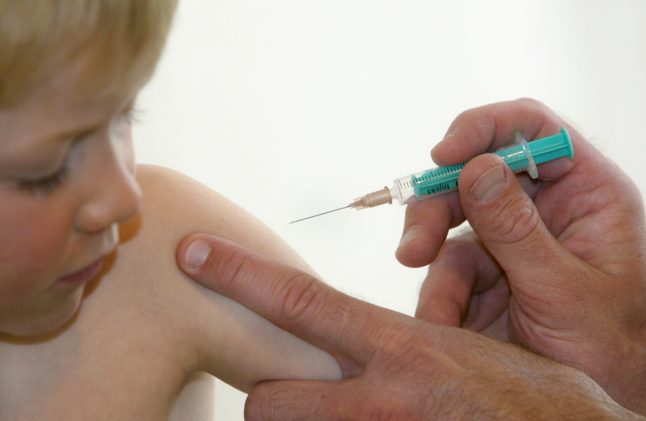 “It is sad that Germany comes in last in Europe in terms of eliminating measles,” said President of Berlin's Robert Koch Institute (RKI) Lothar Wieler in a recent report.

The data revealed “progress, shortfalls and large regional differences” when it comes to vaccination uptake, Wieler added in a statement released by the institute.

Between 2004 and 2014, measles vaccination rates in Germany saw an overall increase, but remained well below the 95 percent rate judged by the World Health Organization (WHO) as the minimum safe limit to achieve elimination of the disease.

The percentage of children to receive the first vaccination by the recommended age rose from 71.7 to 87.3 percent, whereas the rate for the second dose saw a sharp increase from 59.1 to 73.7 percent. This is the first time that scientists have been able to calculate the exact number of children to have received the vaccination by the recommended time, using data from Germany's Association of Physicians.

The first vaccination should be received between 11 and 14 months and the second before the child's second birthday.

But according to the latest report, 150,000 two-year-olds born in 2013 were not fully vaccinated and another 28,000 had not had been vaccinated at all for measles.

Most of the non-vaccinated children live in the country's big cities, with 7,300 in Berlin alone.

Germany, along with all nations belonging to WHO, has set a goal of eliminating measles by 2020 at the latest.

However, despite lagging behind the desired vaccination rate, 2016 saw a dramatic drop in reported cases of measles.

The institute also drew attention to the drop in the number of elderly people getting vaccinated against influenza. In the winter of 2009-10, almost half (47.7 percent) of over 60-year-olds had had the vaccination.