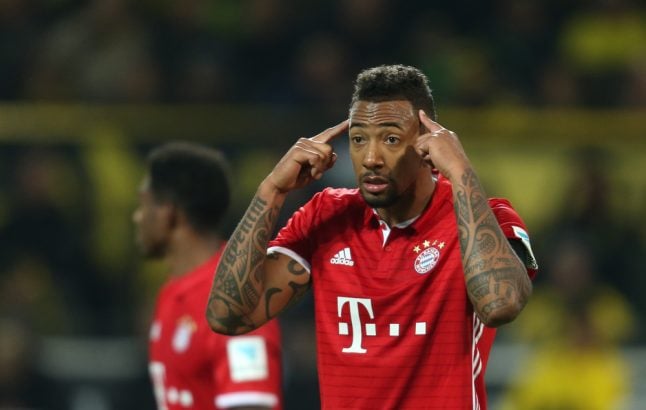 A laywer representing the Germany defender was in Munich's district court on Wednesday over the unpaid bill of a quarter of a million euros, plus tax – a deposit on a villa in the Bavarian capital.

The estate agent, who took Boateng to court, offered to reduce the sum to €220,000, which Boateng's lawyer rejected, while the judge has suggested the matter be settled for €185,000.

Now both parties have three weeks to accept the compromise.

Boateng's lawyer told German daily Bild that the footballer was prevented from appearing in court in person “due to other appointments”.

The defender underwent an operation on his right shoulder on December 20th and faces a race against time to be fit for Bayern's Champions League last 16 clash at home to Arsenal on February 15th with the away leg on March 7th.

According to magazine Kicker, which spoke to the surgeon who operated on the Germany star, Boateng will not be fit until the start of March.

Bayern coach Carlo Ancelotti had originally expected to have the centre-back fit after the winter break, which ends on January 20th when Bundesliga leaders Bayern are away to Freiburg.