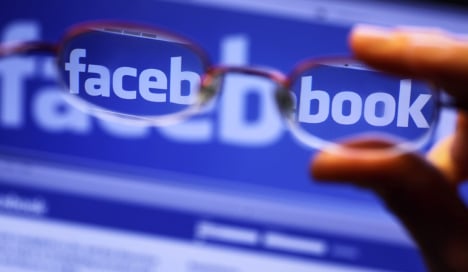 A Bavarian lawyer is suing Facebook after two different false stories about the same Syrian man were widely shared across the social network.

On Monday, Jun posted a video on his law office’s Facebook page explaining the suit.

Modamani had gained national attention when he snapped a selfie in 2015 with Chancellor Angela Merkel, and a photo of the meeting was widely used by German media.

But that image has since been used on social media alongside claims that he is a terrorist and that he set fire to a homeless man, as well as to denounce Merkel’s refugee policies.

An image of Modamani that falsely claimed he had set fire to a homeless man was shared more than 500 times, but according to the lawyer it did not sufficiently violate Facebook’s “community standards” to be removed. According to Jun, that image can still be found on Facebook.

A sleeping homeless man in Berlin was in fact set on fire at the end of last year by a group of young men, but Modamani was not one of them.

In the summer of 2016, Modamani’s image was also used to falsely compare his likeness to that of a terrorist in the Brussels bombings, with some sites writing: “Did Merkel take a selfie with a terrorist?”

“Anas Modamani is fighting back based on his personal rights so that no person is able to slander him or accuse him of crimes,” Jun said in the video.

Jun got in contact with Modamani through the Austrian initiative Mimikama, which flags fake news stories, according to broadcaster Bayerischer Rundfunk.

The lawyer has sought to bring charges against Facebook a number of times over the past year, including prompting an investigation into company founder Mark Zuckerberg in November, alleging violations of Germany’s hate speech laws.

“Facebook is unusually difficult about implementing German law,” Jun said in the video.

“For example, slander and abusive insults are against German law, but not against its community standards.”

Jun’s law office is also suing an official from the far-right Alternative for Germany (AfD) party for spreading the fake news about Modamani.

The subject of outright false or misleading news reports has bubbled up in debates across Germany, especially regarding how fake stories could influence the election this autumn in which Merkel will run for another term as Chancellor. This has also been an ongoing concern within US politics and after November’s election of Donald Trump.

Police in Rosenheim, Bavaria on Monday said they launched a criminal investigation into a fake news story shared through social media about an asylum seeker supposedly raping a 17-year-old girl.

After looking into the widely shared story, police said they found that it had been completely made up by a 55-year-old woman, who is now under investigation for feigning a crime, as well as for incitement of hatred.

Conservative politicians have also called for tougher punishments for those who disseminate false information.