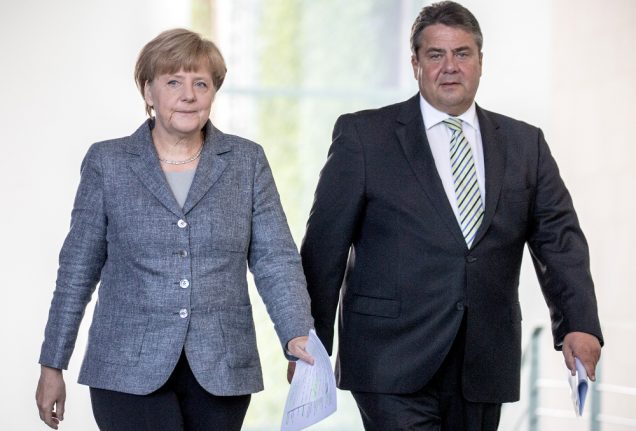 Bild reported that Economy Minister and Vice Chancellor Gabriel has decided to challenge Chancellor Merkel in this year's election, citing sources from his Social Democrats.

Merkel, 62, who remains popular despite criticism of her liberal asylum policy, announced in November that she would stand for a fourth term in a general election expected this September.

However Gabriel has hesitated to run for the Social Democrats, who have seen their support plummet in Merkel's shadow, as he weighs his options.

Although an official announcement is not expected until January 29th, Bild said that Gabriel had finally taken his decision to throw his hat in the ring.

The paper said former chancellor Gerhard Schröder, 72, had repeatedly advised him to clearly state he wanted the country's top job.

It put his hesitation down to his low popularity ratings, even compared to other SPD politicians such as outgoing EU Parliament chief Martin Schulz and Foreign Minister Frank-Walter Steinmeier, who is expected to be elected president next month.

The SPD executive board denied in a tweet that a decision had been taken.

“We are pleased about the media interest in the SPD! But it is just speculation about the chancellor issue. The fact remains: we will decide on January 29,” it said.

Polls show that Merkel's Christian Democrats (CDU) enjoy a clear lead with around 37 percent support, followed at a distance by the SPD with about 20 percent.

An insurgent anti-immigration party, the AfD, is currently polling at around 15 percent.