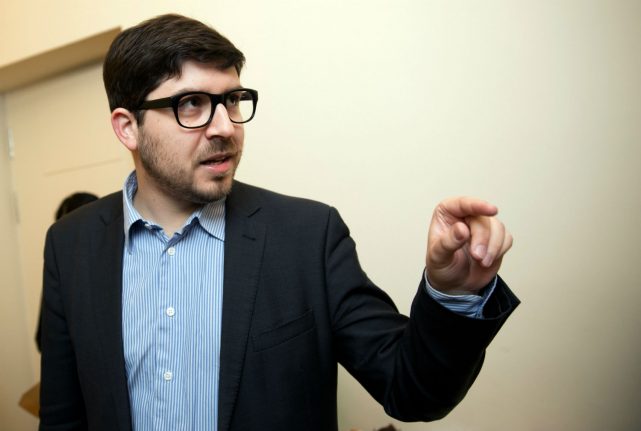 Christopher Lauer made headlines earlier in the week for criticizing the use of the word “Nafri” by west German police as an abbreviation for petty criminals from North Africa.

Police have defended the use of the term, saying immigrants from North African are repeatedly caught pick-pocketing in city centres in Cologne, Düsseldorf and other cities in the west.

But for Lauer the term was “dehumanizing.”

For stating this point of view, the 32-year-old politician says he has received hate mail and threats.

One email he received was from an employee of the Sparkasse bank, who works at a branch in Hesse.

The man emailed Lauer from his work email to tell him that he would be voting for the Alternative for Germany (AfD) in elections in the autumn.

The AfD have won popularity through their repeated criticism of the government’s refugee policies. Among other scandals, their leaders have claimed that it is acceptable to shoot at immigrants at Germany’s borders.

The bank clerk also told Lauer that he hoped the SPD would fade into irrelevance.

Lauer, who until 2016 sat in the Berlin state parliament, responded by posting a screenshot of the email on his Twitter feed and adding a link to the man’s professional profile at Sparkasse.

The bank responded by saying they had taken measures against the employee, explaining that it is forbidden for employees to utter political opinions through their work accounts.

Lauer won praise on social media for his actions. But according to WAZ, the bank clerk's daughter responded on Twitter that her family had been subject to abuse since Lauer published her father’s name.

“I hope you are satisfied that my father has been sacked,” the woman wrote.

The family are now considering suing the politician.

Lauer responded by saying that he had spoken to the bank pleading that the man not lose his job.

He defended his actions though, saying that when he received threatening emails, it was dismissed as freedom of expression. But when he outed a bank clerk as an AfD voter, he was accused of suppressing freedom of thought.

The bank has also denied it fired the employee, insisting it had only put him on leave for a few days.