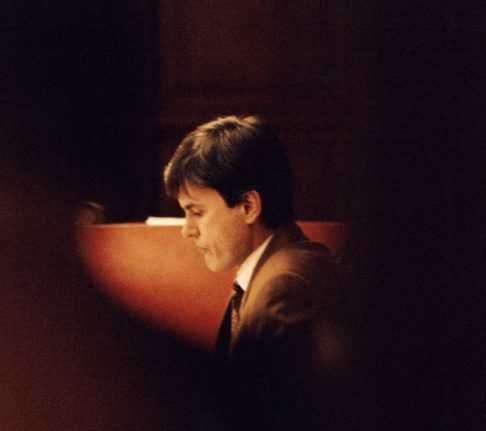 “He agreed to be sent to Germany,” Krister Petersson, chief prosecutor at the international public prosecution office in Stockholm, told AFP.

Dubbed “Laser Man” in Swedish media, 63-year-old John Ausonius went on a six-month shooting spree with a laser sight in 1991-1992, injuring 10 immigrants and killing one in Sweden.

He was sent to Germany about a week ago from Sweden, where he was serving life behind bars for the gun attacks.

A Swedish citizen, Ausonius is the number one suspect in the investigation into the murder of 68-year-old Blanka Zmigrod in Frankfurt on February 23, 1992. He denies the charges.

An employee at a restaurant in Frankfurt, Zmigrod, was shot in the head as she was on her way home, according the German-Jewish weekly Juedische Allgemeine.

Ausonious had reportedly argued with Zmigrod before the murder, accusing her of theft, the weekly said.

Born as Wolfgang Alexander Zaugg in Sweden to a German mother and a Swiss father, he was reportedly obsessed with his identity and rejected his foreign origins.