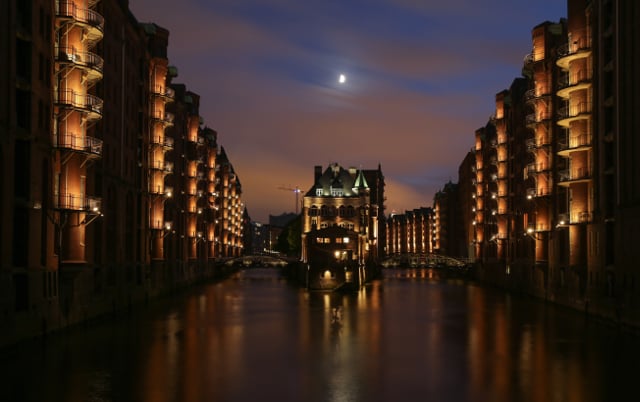 While it might not be at the top of anyone's 'romantic weekend away in Hamburg' list, this 100-year old fish auction hall has its own charm, and is more authentic to the city than sights like Hamburg Dungeon.

Never mind wurst, grab a tasty Fischbrötchen (fish roll) while appreciating the fish market's impressive interior and the sweet salty smell of the fresh catch of the day being brought in.

For fishophiles, fans of seafood and seagulls everywhere, you'll have to get down early, it's open every Sunday but only from 5am till 9.30am. Poggenmühlen bridge is located in Hamburg's Speicherstadt, or city of warehouses, and offers the best view of these warehouses on the waterfront.

It gives you a chance to delve a little deeper into the labyrinthine workings of the world's largest contiguous warehouse complex, away from the crowds of tourists.

Originally built between 1885 and 1927 – and partially rebuilt after the Second World War – this warehouse district sits on what were originally a group of narrow islands in the Elbe.

They are part of the city's rich maritime history, as Hamburg is historically one of Europe's most important ports. These UNESCO World Heritage warehouses were given historic monument protection in 1991. Alongside driving a vintage car, you can walk and cycle through the tunnel. Photo: DPA.

The Old Elbe Tunnel is another of Hamburg's century old attractions and has been a protected monument since 2003.

You can choose to walk, or take the lift, down 24 meters to the tunnel entrance. When you walk the 426.5 meters of tiled tunnel, see if you can spot the strange depiction of four rats and a boot among the more predictable murals of marine life that adorn the walls.

When it first opened in 1911, this was the first river tunnel on the continent, created to improve transport links between the northern and southern sides of the Elbe as the city's port expanded. You can see the Elbe Philarmonic Hall, which cost a meager €789 million. Photo: DPA.

If you're a fan of innovative architecture, the best place to admire the newest addition to the Hamburg skyline – the Elbphilarmonie or Elbe Philarmonic Hall – is at the lookout point on Steinwerder.

In order to get there, you'll have to go through the Old Elbe Tunnel.

Hamburg's answer to the Sydney Opera House is named after the river Elbe, which runs through the city on its way to the North Sea.

The Concert Hall was due to open back in 2010, but due to delays eager classical music enthusiasts had to wait until this November for a public preview, while inaugural concerts will be held in January 2017.

It's six years late and more than ten times over the original price estimate of €77 million – but better late than never. So if you're in Hamburg and a budding Brahms and Mendelssohn aficionado – both of whom were born in the city – then add a concert experience to your trip.

If you like scaled down versions of things, be prepared to be blown away by this video. 22 million people on Youtube were.

This is another Hamburg sight that can claim to be the biggest in the world, and ironically it's to do with things in miniature. Did someone say the world's largest model railway? That's right. This one is for the child inside you or the strange man child beside you.

But it's not all child friendly, some twisted employees have hidden miniature dirty jokes here and there. See if you can spot several small pairs of lovers dotted around this seemingly utopian wonderland. The clues are: flower fields, behind a tree, an office and in a barn. Just don't tell the kids about your smutty Where's Waldo? adventure. Unfortunately for Ringo, he wasn't in the band during their crazy Hamburg years. Photo: DPA.
The Beatles played at clubs along Hamburg's notorious Reeperbahn strip in the early 1960s prior to their worldwide fame, including a first residency at The Indra Club, which is still there today on Große Freiheit, a street that intersects the strip.

Once you're done looking at Beatles memorabilia you can walk on over to the bright lights of the Reeperbahn, where Hamburg's red light district can be found.

The actor and singer Hans Albers, one of Hamburg's most famous sons, starred in a film 'On the Reeperbahn at half past midnight' about its vices as far back as the 1950s.

The 930m street in the St. Pauli district is still Hamburg's number one spot for entertainment and seedy old men. It's only got more glamorous with age. St. Pauli isn't just about brothels and vibrators. Walk away from the Reeperbahn and you'll get to Beim Grünen Jäger, a street near Feldstrasse U-Bahn station. It's full of cafes, restaurants and bars, and a welcome respite from the glowing neon lights of strip clubs.

You don't even have to splash out for alcohol in a bar. Why not go into a nearby shop, buy a bottle of beer and relax on the street with your friends?

For football fans, the cult football club FC St. Pauli also play their home games nearby at the Millerntorstadion. The club are known for their skull and crossbones symbol and alternative, left-wing fan culture, which emerged in the 1980s as a reaction to hooliganism, fascism and right-wing nationalism in the game.

So if you're not a nationalist hooligan a stadium tour might be just the thing for you.

Alma-Wartenberg-Platz is a hidden gem in the Altona district of Hamburg, where you can forget the sorrows of a hazy night on the Reeperbahn at one of the bars that line this attractive square.

Altona is a large area to the west of St. Pauli, which has gained a reputation for being one of Hamburg's coolest Kiezs (districts).

Hamburg's fish market is located in the south-east corner of Altona, so if you walk north towards Alma-Wartenberg-Platz from there you'll also get to see Altona's grandiose city hall on the way, along with its theatre, museum and the Platz der Republik. And because these are located on a hill, you'll also get the best view of Harbour Cranes in action across the Elbe. 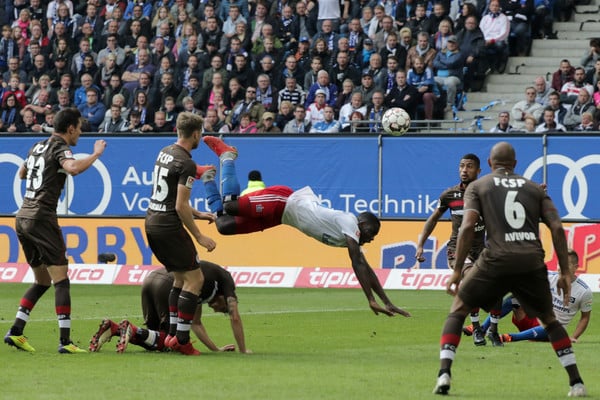 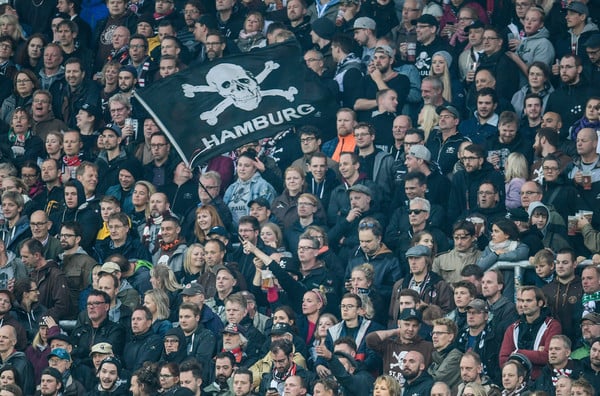 Hamburg's Orel Mangala falls during Sunday's match against St Pauli. Photo: Christian Charisius/DPA
The first meeting of the bitter rivals in seven years, following Hamburg's relegation to the second division last season, was watched by a capacity 57,000 crowd at their  Volksparkstadion stadium.
The build-up had been overshadowed by clashes and tension between rival fan groups, but the match day proved quieter than feared with only a handful of minor incidents off the pitch.
READ ALSO: Trouble brewing for return of tense Hamburg derby
Hamburg police deployed 1,500 officers in the northern city, and set up a webpage on which witnesses could report disturbances.
Many St. Pauli fans had to cover their noses as they arrived at the stadium in specially organised S-Bahn trains.
The night before the game, foul-smelling butyric acid had been spread at the Bahrenfeld S-Bahn station on the away fans' route, police confirmed to Bild newspaper.
There were also reports of similar stink bombs in the away block itself, while local newspaper Hamburger Morgenpost reported that excrement had been spread on the floor near the away fans' entrance.
The St Pauli fans also set off a number of flares ahead of kick-off, but there were fewer fireworks on the pitch.
Hee-chan Hwang and Douglas Santos came close for Hamburg in the second half, while St. Pauli's Cenk Sahin forced a scrambling save from Julian Pollersbeck in stoppage time, but neither side was able to break the derby  deadlock.
The point left Hamburg third in the division while St Pauli are sixth. 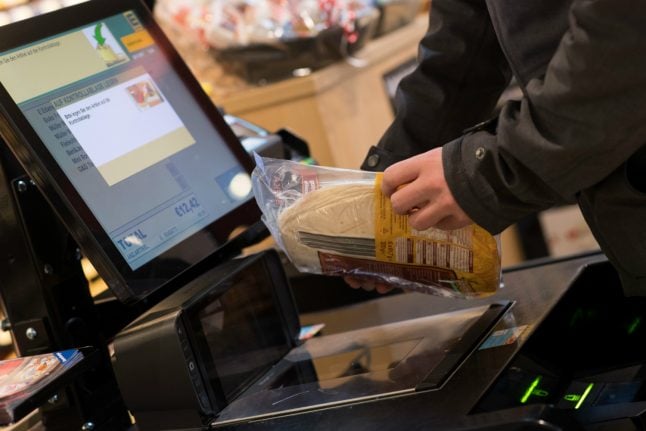 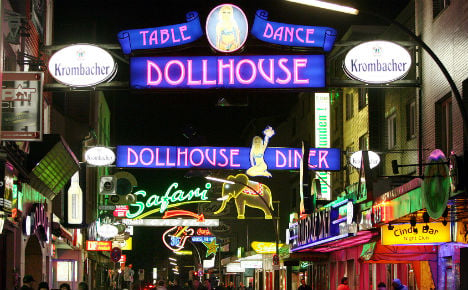