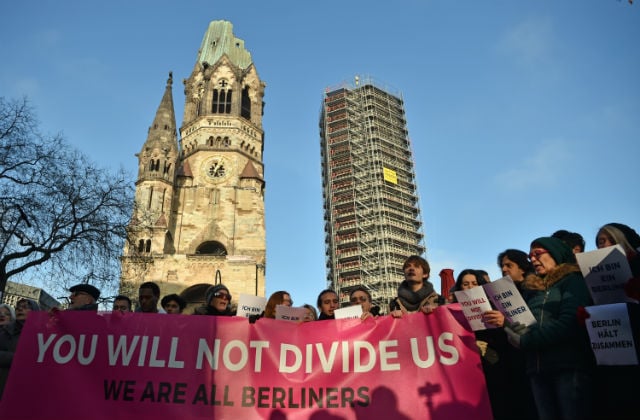 A sign held at the carol service on Wednesday. Photo: DPA

The choir from the Gedächtniskirche and the Begegnungschor, which is made up of locals and refugees, joined in the service, reports Die Welt.

The participants sang the carols Silent Night, as well as the anthems We are the World and Shine a Light. Other participants, meanwhile, held up signs which said Berlin Stands Together and You Will Not Divide Us.

The organizers estimate that around 200 people turned up for the short concert.

The carol service followed a multi-faith service at the Kaiser Wilhelm Memorial Church, held on Tuesday evening and attended by Muslims, Jews and Christians. Mourners at the Gedächtniskirche next to Breitscheidplatz. Photo: DPA