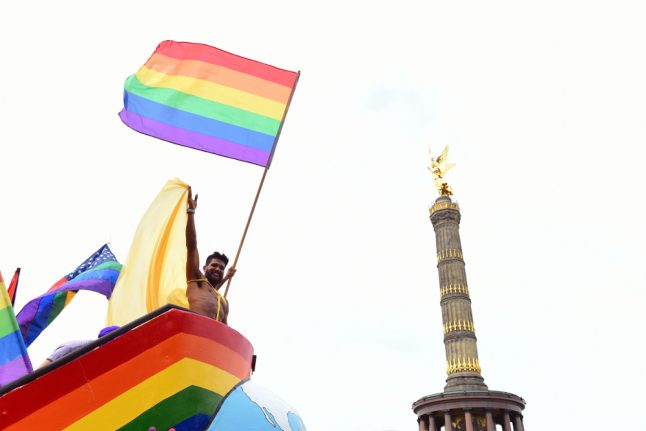 It may come as little surprise to the German capital’s thriving LGBT (lesbian, gay, bisexual, transgender) scene that Berlin was named the best city to be single this year.

GayCities received tens of thousands of votes to select the winner, with Berlin and London tying for ‘Best Singles City’ as each won 22 percent of the vote.
A close second was Fort Lauderdale, Florida (21 percent), followed by New Orleans (16 percent), Seattle (12 percent) and Vienna (7 percent).
Berlin is renowned for holding a number of LGBT festivals each year, including Christopher Street Day celebrations dating back to 1979, and Berlin Pride. Hundreds of thousands partake in these events each year.
The city’s commitment to the LGBT community has also shown through in its care for refugees from war-torn countries, establishing Germany’s first major gay asylum centre in February.
And for those who actually want to pick a partner in the singles city, a Berlin Protestant church in August made history when it held its first “wedding” of a same-sex couple, despite gay marriage not being legally recognized in Germany.
But including the fact that same-sex marriage is not yet legal in Germany, the country falls behind other western European countries in terms of gay rights, despite the fact that a recent report showed Germany has the highest share of people identifying as LGBT in Europe.
There are restrictions on adoption between same-sex partners that can make it more difficult to start a family, for example.
SEE ALSO: Five ways Germany falls short on gay rights
Still, polls show that tolerance is fairly high in Germany, with as many as 65 percent of Germans saying they are in favour of equal marriage rights, according to Rainbow Europe.
In the GayCities guide, the liberal Californian city of San Francisco took the award for Best City of 2016, as well as the award for having the hottest “gayborhood”.
Stockholm took the prize for Up-And-Coming City. Orlando, Florida won City of the Year for its “compassion and resiliency in the wake of the Pulse Nightclub massacre” in which more than 49 people were killed by a gunman who had sworn allegiance to terror group Isis.