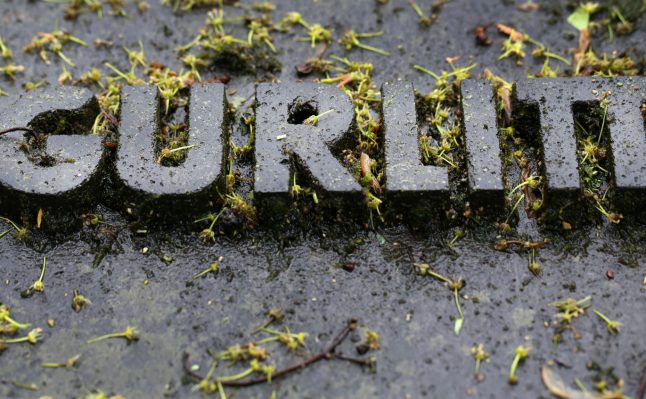 The grave of Hildebrand Gurlitt, an art dealer tasked by the Nazis with selling art stolen from Jews. Photo: DPA

The superior regional court in the southern city of Munich ruled that collection, including pieces by Cezanne, Beckmann, Holbein, Delacroix and Munch, could be inherited by the Museum of Fine Arts in Bern.

Gurlitt died in May 2014 aged 81 and named the museum as the sole heir of the hundreds of works, found in his cluttered Munich apartment and valued at millions of euros.

But a cousin, Uta Werner, challenged the will and staked a claim to the collection, arguing that Gurlitt was not mentally fit to stipulate what would happen with the art.

The Munich tribunal rejected her argument.

“An incapacity to make a will on the part of the deceased person at the time it was written has not been proved in the opinion of the court,” it said in a statement.

Gurlitt, described in media reports as an eccentric recluse, hid the paintings, drawings and sketches in his Munich home for decades and another 239 works at a house he owned in Salzburg, Austria.

His father was one of four art dealers during the Third Reich tasked by the Nazis with selling art stolen from Jews or confiscated as “degenerate” works.

Although German authorities discovered the collection during a tax probe in 2012, they kept it under wraps for more than a year until it came to light in a magazine article.

Gurlitt struck an agreement with the German government in April 2014 stipulating that any works that were plundered by the Nazis would be returned to their rightful owners and the Bern museum said it would honour that wish.

But the heirs of collectors stripped of their assets by the Nazis, many of whom would later be killed in the death camps, have complained that restitution has been woefully slow in coming.

German Culture Minister Monika Grütters welcomed the court's ruling, saying it provided needed “clarity” on the fate of the collection and would allow a planned joint exhibition of the works by the Bern museum and the Bundeskunsthalle in Bonn next year to take place.

“This decision will help us to continue to clarify the provenance of the trove quickly and transparently,” she added.