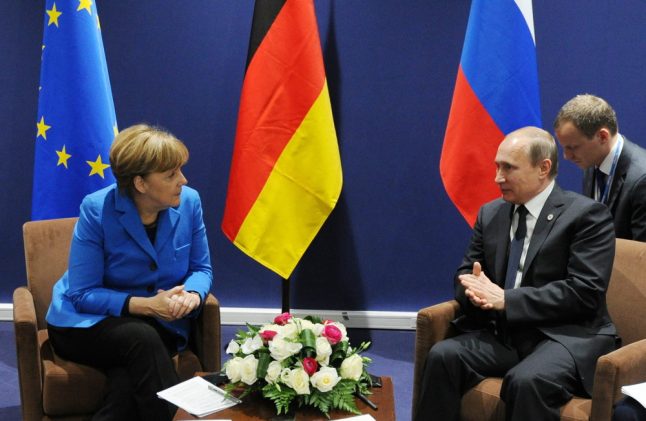 “To use Russia as a tool in [an] election campaign is… something we cannot approve,” spokesman Dmitry Peskov told Russia Today on Tuesday when asked about reports that Moscow had worked to influence the US election and was looking to do the same in Germany.

In early November, Chancellor Angela Merkel – who is seeking a fourth term in next year’s election – warned that Russia could try to influence the German vote through cyber attacks or disinformation campaigns. Later that same month, she said that Germany would have to “learn to cope with” such actions by Russia.
Concern about meddling by Moscow has grown in the wake of Donald Trump’s victory in the United States and reports that the CIA believes Russia had interfered, intending to help the real estate mogul succeed.
Both Trump and Russian officials have condemned such reports, with Peskov claiming that they are part of a “carefully orchestrated” propaganda campaign to preserve a “high degree of Russophobia in the western community”.
But intelligence agencies in both the US and Germany have stated that Russia has been involved in either cyber attacks or the spread of propaganda to feed unrest.
Since the start of the Ukraine conflict, Germany’s domestic security agency, the BfV, has recorded a large increase in the amount of Russian propaganda and disinformation being spread in Germany.
US intelligence agencies wrote in a letter in October of their confidence that Russia had interfered in the elections there – even before voting day on November 8th – in particular in the leak of Democratic National Convention documents through a cyber attack.

Germany is setting up a new cyber response team to fight increasing cyber attacks, many of which come from Russia and China, Interior Minister Thomas de Maizière has said.