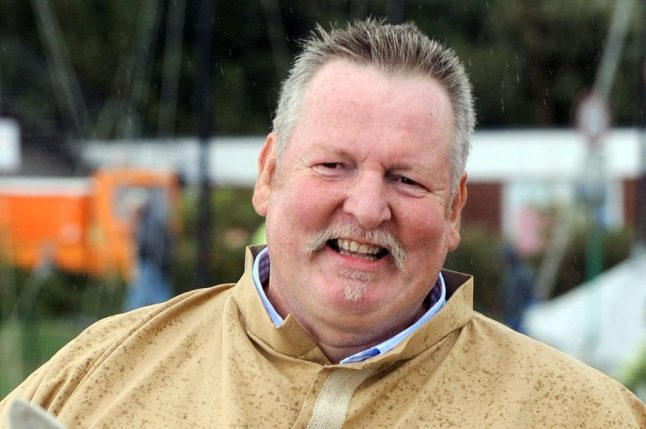 Google’s ‘Year in Search’ list for 2016 released on Wednesday revealed that TV horse whisperer Tamme Hanken was the sixth most searched term of the year, three places above the Ziggy Stardust artist at number nine.

Bowie had lived in the Schöneberg district of Berlin with Iggy Pop in the 1970s while recording his “Berlin Trilogy” of albums. He even created a German version of his hit “Heroes”. And after he died in January due to cancer, the capital city placed a plaque outside his former flat.
But despite all the love for the influential British rock star, horse whisperer Hanken still pulled in more Google searches. Hanken, who died in October due to sudden heart failure, had two documentary shows on broadcasters NDR and Kabel Eins. He had also published a book about his work with horses in 2001.
Hanken stunned his audiences with his traditional techniques, including bone-setting, to heal animals. In the video below, he uses his methods to help dogs walk that had difficulty doing so before.
The most searched for term in Germany this year was “EM 2016”, referring to the UEFA European Championship which the World Cup champions hoped to snag, but were knocked out by France at the semifinal stage.
The second most searched term was Pokémon Go, the mobile phone game that mesmerized the world and caused traffic problems in parts of Germany, and also caused a stir when the animated creatures started popping up on Holocaust memorial sites for players to catch.
This was also the top search term worldwide.
The game was followed by iPhone 7 as the third most searched term in Germany, Brexit at number four and Olympics (Olympia in German) at number five.
After Hanken, number seven was the reality show Dschungelcamp (Jungle Camp), formally know as “I’m a Celebrity – Get me out of here!” and based on the British show of the same name. Stars compete in challenges in an Australian wilderness camp to become the show favourite among voting viewers.
Ahead of Bowie was Nico Rosberg, the German-Finnish racecar driver who won the Formula One World Championship this year and then announced his retirement.
Number ten on the Google list was Donald Trump, whose victory in the US presidential election elicited “shock” from German politicians and within the media.
‘Why did Prince die?’
Germans also had some interesting questions for Google this year. “Why did Prince die?”, “What did [Jan] Böhmermann say about Erdogan?” and “How does Pokemon Go work?” were the top questions and reflected some of the most newsworthy events of the year.