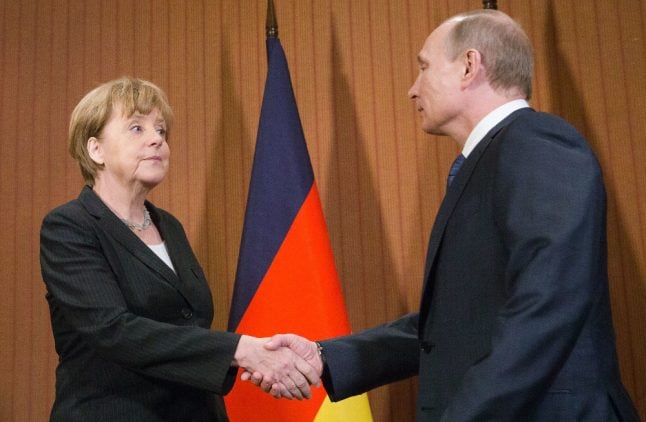 Merkel said that – given grave shortcomings in the Ukraine peace process, which has been marred by regular ceasefire violations – “it will be necessary to extend sanctions against Russia once more”.

Hollande, speaking at a joint Berlin press conference with Merkel, agreed there had been insufficient progress in implementing the Minsk peace agreement.

“Since there hasn't been an effort made, no progress, and the same blockages remain, I, like the chancellor, am in favour of extending sanctions,” he said.

Neither the Ukrainian government nor the pro-Russian rebels waging an insurgency in the country's east have fully implemented the agreements – designed to bring an end to a conflict that has claimed 10,000 lives since 2014 – and low-level fighting continues.

In Brussels, a European official said last week that Merkel and Hollande would recommend extending the sanctions to EU leaders at the summit on Thursday.

“There appears to be consensus,” said this official, adding that a formal deal to prolong sanctions could be clinched in January.

“But for some member states, it's important to listen to Merkel and Hollande first,” this official added.

Imposed in July 2014 after the downing of Malaysia Airlines flight MH17 over rebel-held eastern Ukraine, the EU sanctions target the Russian energy, defence and finance sectors.

Currently in force until January 31st next year, they are the subject of debate among EU member states, with some arguing they should be lifted as Moscow has imposed retaliatory measures hurting especially European farmers.