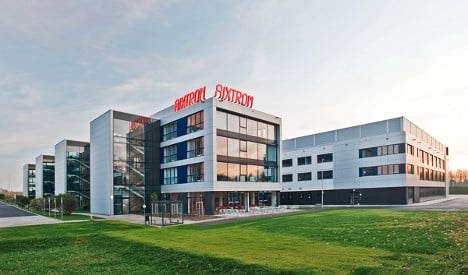 The Chinese government-backed Grand Chip Investment said its offer could no longer be fulfilled after Washington rejected the inclusion of Aixtron's US unit over fears it could put sensitive technology with potential military applications in Chinese hands.

In a statement released on its website, the company said the block meant that the conditions of the deal “no longer can be fulfilled”.

“Any contracts based on the acceptance of the takeover offer will not become effective.”

The failure of the proposed €670-million ($714-million) takeover comes at a time of growing unease in the West about a recent slew of Chinese takeovers, often by state-backed companies.

The death knell for the Aixtron deal came last week after a review by the Committee on Foreign Investment in the United States (CFIUS) chaired by Obama found that the national security risks posed by the deal were too great.

In a statement on Friday, the US Treasury said Aixtron's expertise in technology, which is key to making advanced compound semiconductors used for LED lighting, lasers and solar cells, also has military applications.

Washington does not want to see such technology end up in the hands of a Chinese government-backed company.

The Treasury said Aixtron's US business was an important contributor to that technology.

The troubled deal had also come under scrutiny in Germany where Chinese firms have bought a record number of tech companies this year, sparking criticism of homegrown know-how and intellectual property being sold off to Beijing.

Citing German intelligence sources, Handelsblatt daily reported at the time that the US had expressed fears that China could use Aixtron technology to bolster its nuclear programme.

In response, Germany's economy ministry announced that it was putting the deal back under review.

The Chinese government had voiced frustration over the obstacles placed in the deal's path, insisting that it concerned a “normal commercial acquisition” that should not be politicized.

The US Treasury department did not say what military application exactly of the German company's technology had concerned US officials.

Aixtron's specialty is a technology for depositing thin layers of atoms on semiconductor wafers that are used in electronic devices and systems that produce, control and convert light. It is popularly used in making solar cells.

According to the Treasury, Grand Chip was a German company expressly set up for the deal and is “ultimately owned by investors in China, some of whom have Chinese government ownership.”

It added that the deal would be financed by a unit of China IC Industry Investment Fund, a Chinese government-supported industrial investment fund designed to support the country's integrated circuit industry.

Aixtron shares fell by more than three percent in early afternoon trading in Frankfurt on news that the deal had fallen through.

The company has some 750 employees in Germany and annual revenues of around €200 million. Its US division in California employs around 100 people.

Grand Chip Investment said the shares of Aixtron investors who had already accepted the takeover offer would be returned on December 13th.