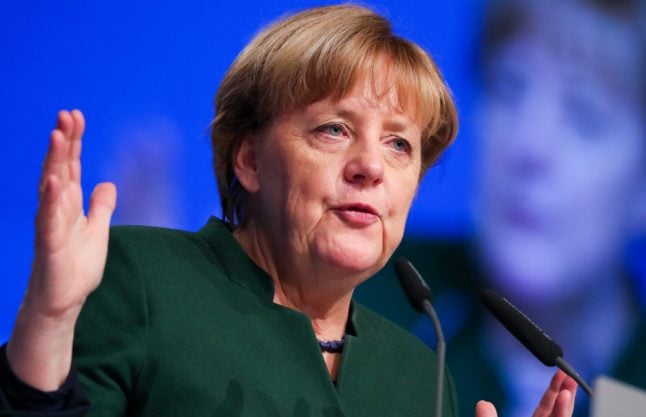 Asked about the rape-murder of a German student allegedly committed by a teenage Afghan asylum seeker and the recent arrest of a 31-year-old Iraqi asylum seeker over the sexual assaults of two Chinese students, Merkel urged Germans to stick to the known facts.

“These are terrible isolated incidents,” Merkel told rolling news channel N-tv on the sidelines of her CDU party's annual conference in the western city of Essen.

She called for “tough sentencing” in such cases but said she had faith in “the response of Germany's rule of law”, adding that general suspicion of refugees was not called for.

“We have looked closely at the crime rate among refugees and the picture is varied. That is also the right answer: that you have to differentiate,” she said.

“The fact that some people want to exploit that is something we have to withstand and defend ourselves against.”

Interior Minister Thomas de Maiziere, a close Merkel ally, presented an official report on Tuesday about crimes committed by refugees and said it showed it was unfair to tar all newcomers with the same brush.

He said that property crimes were elevated among asylum seekers from Georgia, for example, compared to the general population, but that the findings showed no such trend among Syrians, who represent a much larger share of the latest influx.

Merkel, who is running for a fourth term in a general election next year, is confronting deep ambivalence among Germans about the arrival since early 2015 of more than one million asylum seekers.

While many have welcomed Merkel's decision to take in people fleeing war and misery, she has also seen a backlash among those doubtful about the ability of Europe's top economic power to integrate the newcomers.

A resurgent right-wing populist party, the AfD, has managed to capitalize on such fears, making strong gains in a string of state elections this year.

This week it directly linked Merkel's liberal border policy to the sex crimes against the three students.