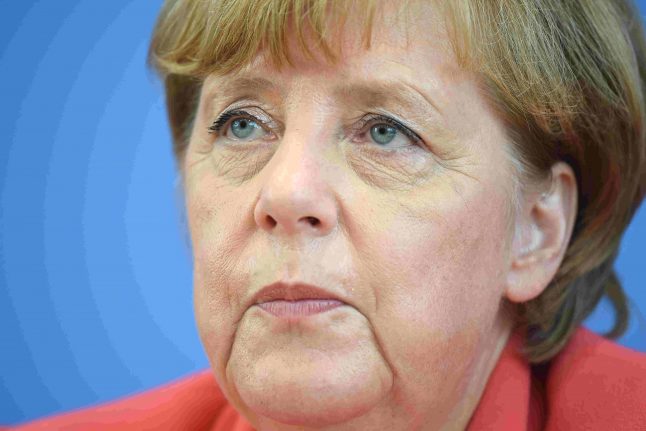 Merkel, who has led Germany for 11 years, last month declared that she will run again for the country's top job but acknowledged that the poll will be “more difficult than any before it”.

Party faithful of her centre-right Christian Democratic Union gathering at a two-day annual congress in the western city of Essen are expected to re-elect Merkel as party chief, rallying behind her bid to stay in power.

At the last vote in 2014 Merkel garnered 96.7 of her party's support and this week's ballot will be closely scrutinised for any sign of dissent.

She will also be grilled on how she plans to stop the anti-Islam and populist AfD from further eroding the party's supporter base.

The CDU has suffered setbacks in five consecutive state polls as voters punish Merkel for her liberal refugee policy which led more than a million people to seek asylum in Germany since the beginning of 2015.

And questions have been raised on whether the 62-year-old has fresh ideas to offer in a world order turned upside down by the surprise election triumphs of Donald Trump, Brexit, and on Sunday, the anti-reform movement that felled Italian PM Matteo Renzi.

There is concern within CDU rank and file, “because Angela Merkel said she will stand again, without saying how she will change her policies in the future”, Hans Pistner from the Thuringia regional government told regional broadcaster MDR.

Merkel's CDU secured a decisive win of 41.5 percent at the last election – its best result since national reunification in 1990, on the back of strong approval for her tough stance demanding austerity for debt-stricken EU nations.

Three years on and there are rumblings even within her own party, as her decision last September to open the doors to refugees fleeing war in mostly Arab nations has deeply polarised Europe's biggest economy.

Although Merkel has since moved to slow the influx, including through a highly controversial deal with Turkey, the anti-Islam AfD has gained a firm footing as a protest platform for disgruntled voters.

AfD now enjoys around 12 percent in support, while at the last election it fell short of the 5 percent threshold.

Merkel's supporters will take heart from a recent survey showing that two in three Germans approve of her bid to stand again.

But with some nine months or more to go before the elections, CDU deputy chair Julia Kloeckner said the party must not leave any gaps for the AfD to exploit.

“If we only talk about healthcare for refugees, but not about the shortage of doctors in the country, then the mood sours in the population,” she warned in an interview with Spiegel magazine ahead of the congress.

Süddeutsche Zeitung said that Merkel's sure re-election as party leader at the congress should not be viewed as an indication that there is no dissent.

It said that in the background, key members were starting to think beyond her.

“That's particularly obvious in terms of refugee policies,” it said, noting that “much to Merkel's disappointment, the motion put to the congress has been toughened up by the party's federal chiefs”.

These included praising the decision by governments in the Balkans to shut down a route used by asylum seekers — something that had previously been sharply criticised by Merkel.

And others want to go further, with CDU deputy chairman Thomas Strobl leading the charge through a demand to ease the deportation process for rejected asylum-seekers.

The tough stance, which includes slashing social assistance for these migrants and not exempting the ill from expulsion, is necessary to maintain trust, Strobl argued.

“We can't just put a notice for departure in people's hands and then not follow through with the law,” he said, adding, “that would substantially erode trust in the rule of law”.