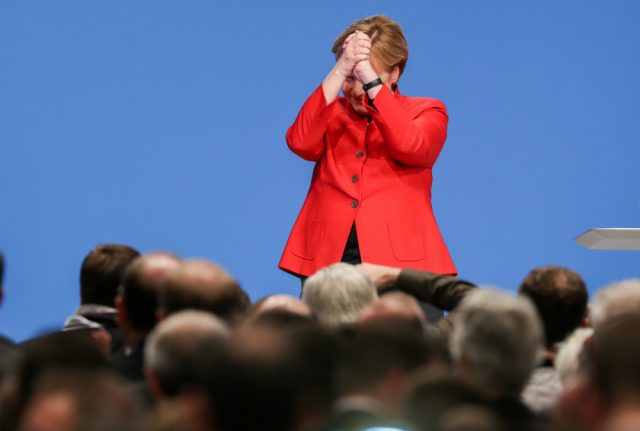 Merkel received 89.5 percent of the votes from the roughly 1,000 delegates who were present at the conference in Essen, western Germany, according to German media.

The vote secures her a further two years as leader of the party.

It was the ninth time that Merkel had stood for leadership of the conservative party, which she has led for almost 17 years.

While the vote share may sound impressive, it was the second worst score she has achieved and a significant drop from 2014 when 96.7 percent of delegates voted for her, and a further drop from 2012 when she won an overwhelming 97.9 percent, according to the Süddeutsche Zeitung.

There was no question that she would win the vote, but before the ballot, national media suggested that any score below 90 percent would be a slap in the face. Merkel's open-door refugee policy has caused serious tension within the party and contributed to the CDU suffering shock losses in several state elections in 2016.