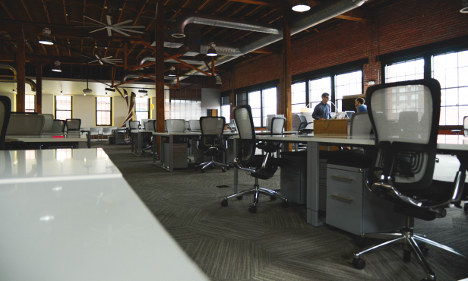 Germany will have 33,000 fewer businesses by the end of the year than it did at the start, according to a report by the HHL Leipzig Graduate School of Management published on Monday.

And the number of new businesses founded in 2016 is also expected to be down compared to previous years, with experts from the Institute for Mid-Size Company Research (IfM) estimating a drop of nearly 6 percent.
This is due to Germany’s poor “entrepreneurial culture” as well as the country’s meager venture capital possibilities, the Leipzig report states.
“The conditions for innovative startups in Germany are not sufficient to trigger a turnaround to have more businesses started,” said study leader Dr. Andreas Pinkwart in a statement.
The report notes that countries like the United States or China have 20 times more growth capital available for new startups.
According to a survey cited in the report that asked business leaders to list reasons behind the sinking “entrepreneurial dynamic” in Germany, 79 percent of respondents blamed the “insufficient culture of failure” – meaning the willingness to take risks that might not work out, and try again.
Most respondents (58 percent) also said there was a critical attitude towards entrepreneurs, and 47 percent said there was a lack of capital.
The report also noted the large bureaucratic burden of starting a business in the Bundesrepublik: the administrative workload to found a company in Germany takes 10.5 days, compared to 4.5 in the UK, four in France and just 1.5 in Canada.
The study recommends, among other things, that Germany should have a startup grant so that personal risk is lessened for company founders during the early phases of launching their new businesses.
“The allocation of the startup grant could take place through experienced and independent institutions like incubators, accelerators or technology founder centres,” Pinkwart said.
The report also suggests implementing programmes that encourage students in schools and universities to be more entrepreneurial and pitch business ideas.