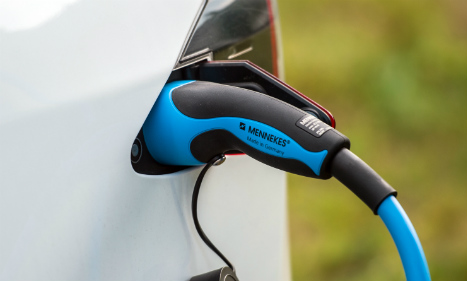 “We intend to create a network that allows our customers on long-distance trips to use a coffee break for recharging,” Audi chief executive Rupert Stadler said in a statement.

The firms have signed a memorandum of understanding on the joint venture, planning to begin construction of some 400 high-speed charging stations across Europe in 2017.

Completion of the network is slated for 2020.

Hybrid and all-electric cars from any manufacturer using the Combined Charging System (CCS) standard will be able to use the stations, in a move aimed at boosting growth of electric car use on the continent.

German carmakers have lagged behind some competitors when it comes to introducing electric models.

The technology remains little-used in Europe, hobbled by high prices, the short range of the vehicles and a lack of recharging infrastructure.

But recent months have seen a fresh commitment from the industry, a pillar of Europe's largest economy, to speed up the introduction of electric cars.

Volkswagen last week announced its intention to become the global leader in e-cars by 2025.

“By 2025 we plan to sell one million electric cars per year, and by then we also want to be the global market leader in electromobility,” Diess said at a presentation of the brand's future plans.

“Going forward our electric cars will be the hallmark of Volkswagen,” he told reporters at the VW group's Wolfsburg headquarters in northern Germany.

The switch to electric will be funded through new investments and economies of scale, Diess said, and is a crucial part of the troubled brand's efforts to reinvent itself.