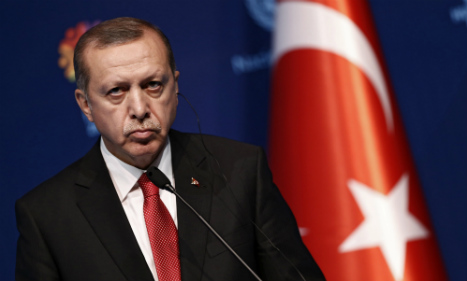 “We see the EU-Turkey agreement… as a success for both sides. And the continuation of this agreement is in the interest of all parties,” Chancellor Angela Merkel's spokeswoman, Ulrike Demmer, said.

“Where there are difficulties, we need to resolve them.”

On March 18, Ankara and Brussels forged a deal for Turkey to halt the flow of migrants to Europe, an accord that has reduced numbers crossing the Aegean Sea between Turkey and Greece.

But Erdogan threatened Friday to open Turkey's borders again after the European Parliament voted to back a freeze in EU membership talks with Ankara.

Merkel was a driving force behind the deal, which helped slow the influx of refugees and migrants into the EU and its biggest economy, Germany.

The German chancellor saw a bruising backlash amid the mass influx, which saw almost 900,000 asylum seekers arrive in Germany in 2015, sparking a rise in racist hate crimes and boosting a right-wing populist party.

But Merkel's approval ratings have since recovered as arrivals have slowed, boosting the chancellor as she heads into an election campaign seeking a fourth term in the September or October 2017 vote.