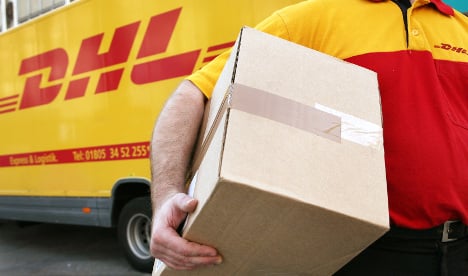 A DHL spokesman told news agency DPA on Wednesday that the company has asked certain people who live in the Wedding neighbourhood to pick up their packages at a DHL Express station in Wilmersdorf instead, noting that this policy has only been applied in a few isolated cases.

The spokesman further explained that DHL will ask recipients in the future to also pick up their packages when it is necessary.

Local Berlin media had reported on Wednesday about the stoppage, with newspapers like the Berliner Kurier writing about “no-go” areas.

Tagesspiegel had reported that certain items like laptops and smartphones had been stolen during deliveries, quoting a DHL spokeswoman who said that carriers had been threatened and attacked.

But DHL told DPA that it was cases of fraud that were the most concerning.

“The priority here is the safety of our couriers and of the deliveries that are given to us,” the company said.

“It is mainly about attempted fraud,” said the spokesman, referring to when people falsely pose as the recipient of packages.

The spokesman did not want to comment on reports by other Berlin media outlets of violent attacks on carriers, saying only that there had been less than a handful of such instances.

The DHL Express service is primarily used by businesses to deliver valuable items at fixed times. DHL’s regular service will continue to bring packages directly to recipients, or leave them at a neighbour’s house or a nearby post office when they are not at home.

The centrally-located Wedding is often characterized as being a “problem neighbourhood” by German media, known for having higher than average rates of joblessness and welfare recipients.

Berlin police declined to comment on the relative danger of the neighbourhood, pointing instead to their statistics, which show that within its greater district of Mitte, it has a lower frequency of crime overall than nearby tourist hub Alexanderplatz and the more residential Moabit, but relatively high rates of robbery and assault.

“There are none of these 'no-go' areas,” a Berlin police spokesman told The Local. “Police consistently follow every criminal offense, no matter where they happen.”