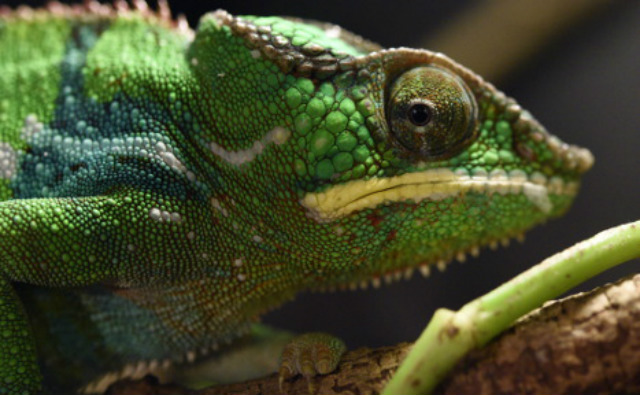 Germans are often pretty conscious about the mark they make on their environment, which means they take recycling seriously.

When you first arrive in Germany, all those colour-coded bins for plastic, paper and the rest of it might seem annoying, but it's a small price to pay compared to overflowing landfills.

In 1990, 87 percent of Germany's refuse went into general waste and 13 percent was recycled, by 2008 the country was placing only 39 percent into landfills while the majority, an impressive 61 percent, was recycled.

The “Pfand” system of bottle recycling is another example of this behaviour. You return your empty bottles to the supermarket, place them into a recycling machine and get money back. Of course, not all Germans treat this seriously – one man recently conned a Pfand machine out of €44,000 using just one bottle.

Aside from criminal endeavours, schemes like these encourage a culture of recycling and waste conscientiousness. Before you know it, you'll be taking matters into your own hands and berating litterers on the streets of Germany. Living in Germany, you'll learn that even if you have no use for something, one person's trash might be another's treasure.

If you've seen a sofa, a table, or just a few loose slats of wood on the street with a zu verschenken label on them, someone else is giving them away.

In Berlin you'll often see people struggling under a hefty mattress on the U-Bahn, ready for a bed they've constructed out of old palettes, super glue and sweat.

You might laugh now. Just wait until you're confronted with an unfurnished apartment and empty pockets after months of coughing up for Airbnbs in a frustrating flat search.

“Free Your Stuff” Facebook groups have really taken off in the country. The Berlin group boasts almost 100,000 members.

These are pages where people ask for and give away a range of things they need or don't need anymore. Use them well and it's possible to furnish most of your apartment for free.

Plus, become a German upcycler and you'll get to sneer at any friend's apartment that looks more like an IKEA showroom than a flat. Around 80 percent of German homes own at least one bike, and there are something like 78 million bikes in the country, almost one for every citizen.

Berlin may be the capital and boast an impressive 600km of bike lanes, but Munich is known as Germany's Radlhauptstadt or “bike capital”. The city has 58 bike paths altogether, more than any other German city.

You might think Amsterdam or Copenhagen have the highest bike traffic in Europe, but according to a 2013 survey the German cities of Oldenburg (43 percent) and Münster (38 percent) have more, coming in an impressive second and third place after only the Dutch municipality of Houten.

Compared to cities like London, where cyclists feel excluded from the road and a daily dose of road rage from a white van is the norm, there's far less pressure on cyclists here.

Cars expect to see you and look out for you because of the sheer amount of bikes here, 10 percent of all traffic volume is made up by cyclists.

You'll not only be making yourself fitter and healthier, but you can also feel smug about leaving less of a carbon footprint.

Just relax, peddle and savour the feeling of superiority that shouting at tourists straying into your bike lane gives you, and appreciate the view of the gas-guzzling, environment-destroying machines stuck in traffic. “Don't tell me you forgot the Peruvian quinoa”. Photo: DPA.

Cycling isn't the only way Germany will make you healthier – it will soon be accompanied by your newfound diet.

When you first arrive, you might find it hard to resist the wealth of delicious varieties of sausage in your local butcher. But before too long you'll find yourself saying things like 'I eat meat… but I prefer tofu at lunch time.'

And that's probably no bad thing, given the impact meat consumption has on the planet.

Germans want to know where their food comes from. Bio (organic) culture is a big thing here. Upon arrival you'll notice how many organic supermarkets there are and how many products are labelled with an organic seal of approval.

The country has the seventh highest consumption of organic products in the world, according to a 2014 report.

Vegetarianism and veganism are also popular. Nearly 10 percent of the population is now vegetarian, meaning the country has the highest number of non-meat eaters of any European country. Berlin was also named the vegetarian capital of the world last year.

But if you do have a cheeky currywurst when no one is looking, don't feel too guilty. Germans consume 2.5 million tonnes of sausage every year and were recently criticized by the World Wide Fund for Nature (WWF) over the continued impact on the environment of their meat production.

5. Being embarrassed at nationalism After a year in which nationalism has resurfaced again in the Western world, learning a little national humility from Germans wouldn't go amiss.

Due to their country's dark 20th century past, Germans are distinctly uncomfortable with patriotism. A video of Angela Merkel at her 60th birthday in 2014 demonstrates perfectly how anti-flag waving the country is.

Only during the few weeks every two years when an international football competition comes around does the country become a sea of black, red and gold.

A recent survey by YouGov showed that Germany is the least prone to populist politics of any of Europe's larger countries, despite the emergence of organizations such as Pegida and the AfD (Alternative for Germany).

Even if you consider yourself to be a fairly critically-minded person, seeing how Germany deals with its past will make you reexamine your own beliefs about your national history – even if nothing can compare to the horrors of Nazi Germany.

6. Surviving in a second language “I promise it gets easier…”. Photo: DPA.

Given how well Germans speak English, it'll be hard to pick up the language at first. But eventually you'll discover that daily interactions with postmen become a lot more interesting with even a bit of Deutsch.

You'll start coming across less like a lazy expat and more like someone who is actively trying to engage with the culture, even if your verb placement and adjective endings aren't always right.

There are several general benefits to learning a new language, which extend beyond being able to have a chat with your cheery local checkout staff.

A 2013 study found that speaking a second language can delay the onset of dementia.

Another 2014 study showed that picking up a second language, whether that's early on or in later life, can have a positive effect on the brain, improving verbal fluency, reading and general intelligence.

So don't feel like it's too late to pick up a second language, even if German isn't one of the easiest. As a nation that still prefers to use cash rather than card or contactless payment, Germans have a bit of a reputation for being scared of technology. It's called Technikfeindlichkeit in German, or literally the fear of technology.

Four out of five German transactions are still conducted in cash according to 2015 research by the Bundesbank (central bank).

And it's not just cash. Unlike almost every other country in the developed world, in Germany the more educated you are the less likely you are to use social media.

But it's probably no bad thing that they're a little cautious – especially when it comes to tech giants and their intrusion into your private life.

We now know that social bots were used on a massive scale to influence public opinion before the Brexit referendum and the US presidential elections. So perhaps relying on traditional media – where news can't be made up so easily – isn't so bad after all.

You might have come to Germany armed with Tinder, Facebook, Instagram and Twitter, but after a few deep chats with friends about the power of the NSA, you probably buried your laptop ten metres under the ground and signed up for a lifelong subscription to Spiegel. The best way to get an all-over body tan. Photo: DPA.

Have you had enough of being body-shamed by fashion magazines and summer beach body campaigns?

Well it's time to stop feeling prudish and take your clothes off – you're in Germany now.

Germans are much less body conscious than Anglophones, and that's not just limited to saunas and steam rooms.

The Freikörperkultur (FKK) movement, or Free Body Culture, was originally popular in communist East Germany, where its nudist campsites and beaches were a form of freedom of expression in an otherwise repressive state.

Nudist communities and beaches can be found across the country now, although sadly FKK is much less popular with the young than the old.

So you don't have to feel ashamed of the few pounds you'll put on over Christmas anymore. Just head on down to your local FKK spot and let it all hang out. The German for chameleon is quite difficult: Chamäleon. Photo: DPA.

After you move to Germany you're going to have to get to grips with a lot of things you never thought you'd have to, or at least didn't think would be this hard.

You'll have to embrace a seemingly strange new culture with its different manners, get your head around the German health insurance system, and work out the root of Germany's affinity for David Hasselhoff.

It might seem like an overwhelming struggle at first, but you'll be a better person for it. Adapting to another culture means seeing things from another person's point of view – and this makes you a more empathetic human being.

You'll know when you've completely adapted to German culture because your relatives will complain that you've become very direct and blunt of late. Then you will have blended in perfectly.