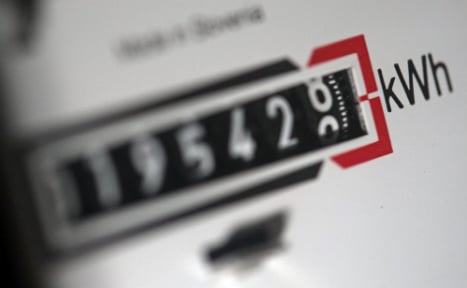 A study released by price comparison website Verivox on Monday shows that 250 German electricity providers will be putting up their prices by an average of 3.5 percent on January 1st. Such an increase would mean that households will be paying an average €50 more in 2017 than they paid this year.

But some providers will be sending customers bills that are much higher. In parts of Bavaria electricity costs could rise by up to 15 percent next year, WirtschaftsWoche reports.

In total, one in every four electricity providers is set to raise its prices at the start of the year, Verivox estimates.

All German energy firms are obliged to inform consumers of price increases six weeks before they happen, meaning those upping tariffs on January 1st had until the start of this week to publish the increase.

But their prices could also go up later in the year.

“In the past we have noticed that many providers hold their prices down at the start of the year, but jack them up in a later price increase,” said Jan Lengerke, a board member at Verivox.

“For this reason we expect a second wave of increases in early 2017.”

Price comparison website Check24 believes that over the whole of 2017, electricity costs will rise by between four and five percent in 2017.

The cause of the price increase is not the price for electricity on the markets, which was at a record low in the first half of 2016. Instead it is subsidies for renewable energy – which will rise by 8.3 percent in 2017 to 6.88 cents per kilowatt hour – that are driving the increase.

This subsidy, known as the “EEG levy” is paid for by the consumer for each kilowatt hour of electricity they use, and will amount to around €29.5 billion in the year.

When the increase was announced in October, it met with strong criticism from opponents of the government's energy policies.

“The EEG levy is growing this year four times faster than the economy,” Ulrich Grillo, head of the Federation of German Industries (BDI) told Bild.

Network charges, which pay for the upkeep of infrastructure such as power lines, are another factor in driving up electricity prices.

“Because charges in most of Germany will go up significantly again in 2017, we expect higher electricity prices all around.”

Correction: This article previously misspelled the term for the renewable energy subsidy.