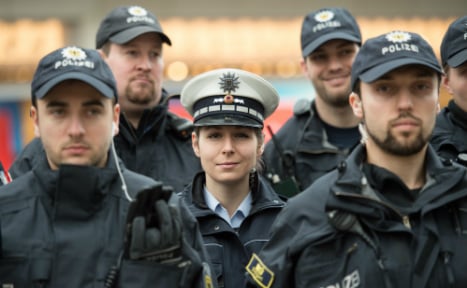 Rainer Wendt, head of the German Police Union (DpolG), told the Passauer Neue Presse (PNP) on Wednesday that the German judiciary are far too weak in dealing with known criminals.

“These days the full force of the law often means we collect personal details from offenders and the judges let them go free,” said Wendt.

Wendt was referring to two recent incidents which involved the German judiciary.

On Monday a court in the western town of Wuppertal ruled that a group of Islamists did not break the law in forming “sharia police” street patrols and telling people to stop drinking, gambling and listening to music.

The decision came less than a week after police in several German states worked around the clock to carry out raids against the Salafist scene.

“That is an unbelievable and devastating signal,” said Wendt, adding that police ”feel completely failed by the justice system.”

The union boss also claimed that the justice system was at fault in the case of a man who tied the mother of his child to a rope and dragged her behind his car on Sunday.

The woman suffered life-threatening injuries and is currently in an induced coma in a hospital in Hanover.

Wendt told the PNP that the 38-year-old man was a known offender with a long criminal record to his name, adding that only two days before the crime, the victim had reported him to police.

“A judge will be found who will say that he has a good chance of being rehabilitated,” according to Wendt.