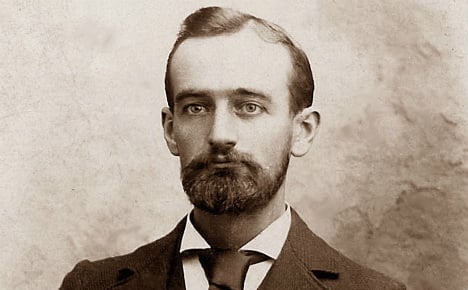 The story of Donald Trump’s grandfather is a classic American rags-to-riches tale.

After emigrating from the western Palatinate region of Germany in 1885 at the age of 16, Friedrich Trump took up a job as a barber in New York. A few years later he took his life's savings and opened up a restaurant in Seattle, Trump dynasty biographer Gwenda Blair has written for Politico.

By 1892, he had become a US citizen and was on his way to becoming a rich man by offering a combination of food and women to revellers in the western city’s red light district. This was followed by further projects selling night time pleasures to gold miners on the wild West Coast of the States.

Trump returned to Germany in 1901 at the age of 32, and already a wealthy man.

He had a strange knack for “emerging a winner from a situation where there would be no end of losers,” Blair wrote.

After marrying Elisabeth, the daughter of his neighbour, he moved back to New York. But his young wife was homesick in the bustling US city and the couple moved back to Germany in 1904.

Back in Kallstadt, Trump applied to become a German citizen again, according to Roland Paul, the former director of the Institute for Palatinate History.

Paul discovered in the state archive of Rhineland-Palatinate that German authorities wrote a letter to the mayor of Kallstadt, dated February 27th 1905.

The letter, which was first reported on by Bild on Monday, reads that “the US citizen and pensioner Friedrich Trump, who is currently in Kallstadt, should be informed that he has until May 1st of this year to leave the Bavarian state, otherwise he can expect to be deported.”

Kallstadt was at that time part of Bavaria, which had become part of a united Germany in 1871.

Trump was accused by of having not given proper notice of departure when he had emigrated to the US and of having dodged compulsory service in the Bavarian army.

The young businessman appealed to the Bavarian royal family to have the deportation order overturned, but to no avail.

Elisabeth was already pregnant as they crossed the Atlantic. Three months later in New York, Friedrich Trump Jr. was born – the father of Donald Trump.