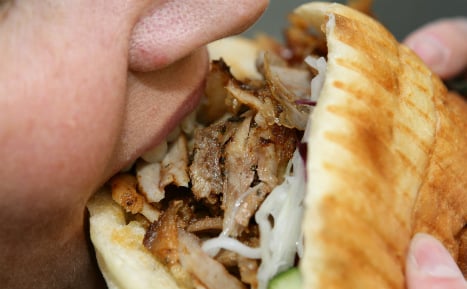 As much as Germans are famed for their love of sausages, the Döner kebab is actually their favoured fast food.

But the research carried out on behalf of broadcaster NDR and published on Monday shows that there is a lot more in that flat bread than the veal meat which it is supposed to contain.

After testing on meat sold in Hamburg kebab shops, the research showed that four out of five Döner kebabs also contained beef, turkey, and sausage meat.

“Sausage meat is something that can include skeletal muscles, including blood vessels, nerves and fat tissue. In other words, pretty much anything can be in it.”

According to regulations on the sale of food, kebabs that contain sausage meat, turkey or additives such as glutamate are not allowed to be sold as Döner. Legally they are only allowed to be called “spit meat”.

Although all additives should also be clearly stated, none of the Döner shops tested in the research followed the rules.

NDR also reports that these low quality Döner lookalikes are delivered from suppliers labelled simply as “spit meat” with instructions to be sold as such. But the Döner shops largely ignore this instruction.

In a separate study carried out by north German officials, 90 percent of meat sold as Döner did not meet the legal requirements.

Business owners who deliberately deceive customers about what they are buying face up to five years in jail in the most serious of cases.