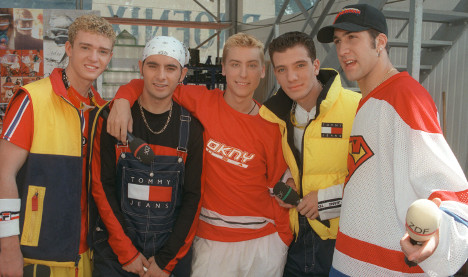 Every year Germany’s youngsters get to select a word that they dub to be the cool new word of the year. But their pick this year feels like a blast from the past rather than something mum and dad wouldn’t understand.

Each year since 2008, the Youth Word of the Year contest by dictionary publishers Langenscheidt selects the “hippest” new word coined by German teens. First the public votes on a list of possible contenders and then a jury of high school students, YouTube stars, linguists, teachers and journalists choose the winner.
But English speakers might think this year’s selection was drawn from an old list, perhaps even one written by teens’ parents: “Fly sein”, meaning to be fly, was chosen on Friday by a 20-person jury – using the term popular throughout the 1990s, especially with songs like The Offspring’s Pretty Fly (for a White Guy).
Still, there’s doubt about whether the annual contest ever reflects the words that everyday teens actually use: the term “Fly sein” only received 4.4 percent of the first round of online votes. Meanwhile the term isso – short for ist so and used to agree with or emphasize something – received 20 percent of the vote.
The second contender in the online vote was Vollpfostenantenne, literally translating to “dumbass antenna” and used to describe a selfie stick.
But these two terms were ultimately unpopular among the jury members. “Isso”, according to one jury member, wasn’t even, like, that cool.
“My dad also uses it,” explained Isabelle Deckert from broadcaster ProSieben’s tabloid news show Taff.
Another term in the running was Hopfensmoothie – hops smoothie, meaning beer – but the jury felt this could glorify alcohol. And then there was Tindergarten – meaning a collection of online contacts – but choosing this word could be seen as promoting promiscuity.
And “dumbass antenna”?
“No one says dumbass any more,” explained another jury member, 19-year-old Maximilian Knab, who was formerly head of an award-winning student newspaper.
So “Fly sein” was chosen instead, even though jury members like Knab and 18-year-old Julian Prechtl admitted they had never actually used it.
Several teenagers asked by The Local* about their opinion on the term declined to comment, instead rolling their eyes before resuming their work on something called Snapchat.
Last year’s choice for Youth Word was also said to not actually be a word used by German youth: Smombie, meaning a person who stares gormlessly at their smartphone like a zombie, was used more often to insult teens rather than by teens, some pointed out.
*The Local did not actually try to talk to any teenagers. They terrify us.