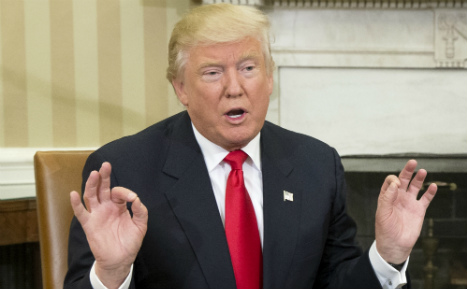 During campaigning to become President, Trump time and again claimed that he would build a wall along the US border with Mexico, claiming that Mexico would pay for 100 percent of the costs.

But the survey, released on Wednesday by polling company YouGov, shows that only 40 percent of Germans think the bombastic Republican will follow through on this pledge. Forty-seven percent of respondents said they thought it was unlikely that a wall would appear on the southern border of the United States.

As with several of his campaign pledges, Trump has already backtracked on the wall claim since his victory, saying he would be satisfied with a fence in certain places.

The Republican also repeatedly called into question the use of the NATO alliance during campaigning, saying that the USA should only protect eastern European members if they had “fulfilled their obligations to us.”

Democrat Hillary Clinton’s campaign claimed that Trump wanted to pull the USA out of NATO.

But most Germans surveyed did not see this as a likely outcome – 64 percent said it was improbable that the USA would withdraw from the military alliance, while only 19 percent saw this as likely.

On trade though, Germans were much more inclined to take Trump at his word.

The billionaire businessman has threatened to collapse some of the United States' free trade agreements, promising to refocus manufacturing jobs inside his country.

Almost two-thirds (64 percent) of Germans said they thought it would become more difficult for German companies to export to the USA while Trump is president. Only 22 percent thought this wouldn’t be the case.

Six in ten Germans also thought that travelling to the USA would become more difficult in the future.

A YouGov poll conducted two days earlier showed that 20 percent of Germans don’t want to travel to the “land of the free” anymore because of Trump.