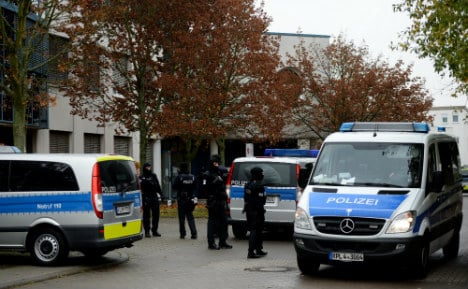 The Prosecutor's Office in Darmstadt and the Hessian criminal investigation office (LKA) based in Wiesbaden reported that operations were carried out on Wednesday morning against a “biker gang type group” in Hesse, Bavaria, Baden-Württemberg, North Rhine-Westphalia, Lower Saxony, and Hamburg.

Police were searching for weapons, ammunition, drugs, documents and other evidence, which could give concrete proof of illegal activities.

“We are in control of all the properties that were searched through,” the LKA tweeted. No further details were released.

The Hessian interior minister Peter Beuth called the operation a “meticulously planned strike against organised crime in the Federal Republic.”

He said that the searches should sent out a clear message.

“Regardless of under which colours [biker insignia patches], criminals believe they can operate in our country, together we will take action against them with all the weight of the law,” he continued.

The first of which was a shooting in the busy Kottbuser Tor area of Berlin in September. The victim was involved with biker circles, and Harley-Davidson motorbikes were photographed parked near the scene.

Last month, Aygün Mucuk, the boss of the Hells Angels in Hesse, was found dead outside a clubhouse in Wettenberg, shot at least 16 times.

The state police in Hesse say there are around 700 Hells Angels members in the state who are involved in narcotics and prostitution.