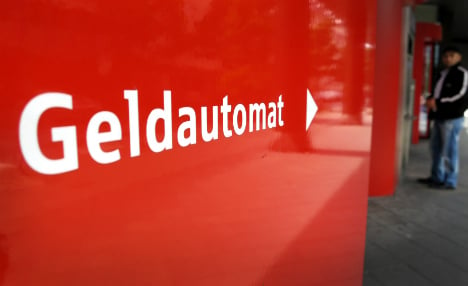 The criminals attempted their theft at 4am on Tuesday at a bank branch in the Siemensstadt area of Berlin’s Spandau district.

Despite damaging two actual cash points, the culprits only blew up a bank statement printing machine.

One nearby resident heard the loud bang and contacted police. In the report, the police noted that some “not particularly bright” criminals had attempted the failed heist.

Whereas this comical case may seem like fiction, it follows an even more unbelievable trial from August, when a crime novelist was sentenced to four and a half years after he failed to rob a real bank.

The 49-year-old crime writer attempted to use exactly the same method as the protagonist in his novel, before he was quickly tracked down by police.

After unsuccessfully attempting to rob both a bar and a tobacco shop, the drunkards turned the gun on two unsuspecting passers-by, demanding a grand total of 20 cents.

But the armed man dropped the weapon, giving the shocked couple time to run to safety.